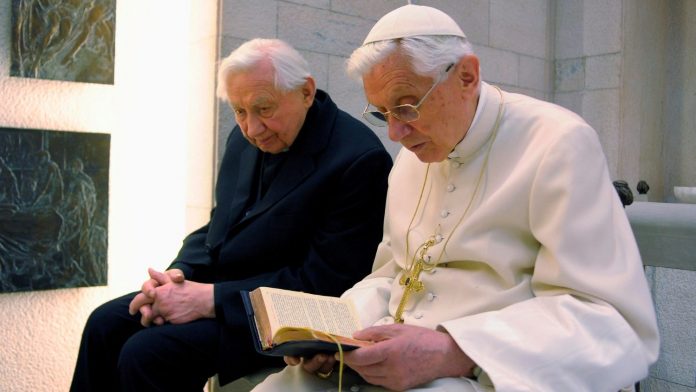 Georg Ratzinger, the older brother of the Pope emeritus, died Wednesday morning, aged 96. He had been hospitalized in Regensburg, the city where he lived the greater part of his long life.

With his death, Joseph Ratzinger – who had desired to make the journey by plane to see his dying brother one last time – remains the only member of the family still alive.

The two brothers – one a musician and kappellmeister of a famous choir, the other first a theologian and then a bishop, cardinal, and finally pope – were ordained together on the same day, and were always closely united.