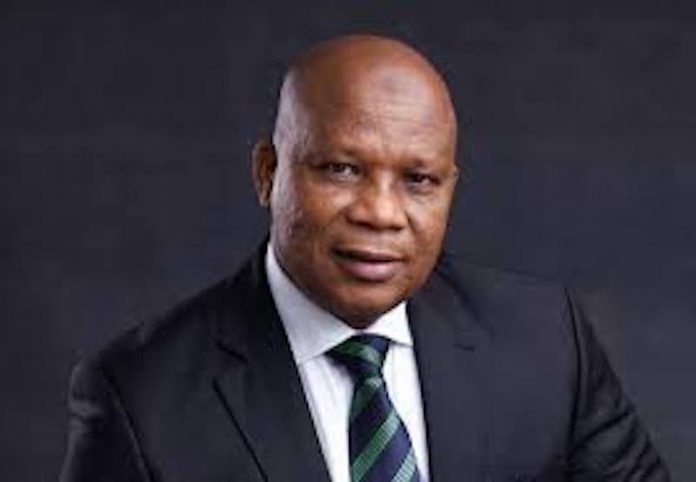 For 22 odd years, Mr Aliyu Abbatti Abdulhammed, worked in various sectors of the economy, including finance and agriculture. In December 2015, the Central Bank Governor, Mr. Emefiele, seconded him from the Development Finance Department of the CBN and gave him a job as the Managing Director of the Nigeria Incentive Based Risk Sharing System for Agricultural Lending (NIRSAL). The CBN governor gave him the job, to figure out ways of effectively caging the poverty monster which had firmly taken the nation in its grips by bridging the risk gap between commercial lending institutions and agricultural practitioners by providing guarantees for agricultural loans.

Mr. Abdulhammed was expected to pilot the affairs of NIRSAL at a critical moment of the Nigerian economy due to the sharp fall in oil prices and the push by the new administration of President Muhammadu Buhari for diversification of the Nigerian economy through a revamping of the agricultural sector. Almost 4 years after he took the job, no one seems to know what Mr. Abdulhammed is doing. But staff in his agency, credible sources and investigations by a consortium of journalists complain that he is simply dipping his hands in the till and having a swell time at the expense of Nigerians.

NIRSAL launched in 2013 with a takeoff grant of N75 billion from the Central Bank of Nigeria is at the center of a strategic scandal. Although it is central to President Muhammadu Buhari’s economic recovery programme, the Nigeria Incentive Based Risk Sharing System for Agricultural Lending (NIRSAL) is embroiled in allegations of fraud and lack of transparency. NIRSAL’s mandate includes strengthening the agricultural value chains, which is where the bulk of money in agriculture resides and it has come up with various initiatives.

But in reality all the measures adopted by NIRSAL seem to end up as colossal failures, according to verdict by experts. The greatest beneficiaries are the MD’s friends and family members who are top contractors for the company. In a report by a corruption tabloid, Mr. Abdulhammed was alleged to have appointed his younger brother, Babangida Abdulhammed as his Technical Assistant, who allegedly handles all procurement related matters, effectively usurping the functions of the procurement department of NIRSAL. Multiple sources alleged that Babangida singlehandedly decides who receives contracts awarded at NIRSAL.

To show the parlous state of affairs, Imran Abdulhammed, son of the managing director is also the sole supplier of Desktop computers, laptops and other electronic equipments at prices described as ‘skyrocket’ by a staff. Investigations revealed that the Managing Director circumvent the usual routes in procurement and one staff of the apex bank, who is a relative has been fingered in some wild infractions including backdating of documentations for several monies that had been spent to secure board approvals. Investigation also shows that Mr. Abdulhammed singlehandedly appoints contractors that works with the company. Nextzone, Blue Accord, Global Knowledge consulting are some of the firms allegedly linked to him by sources.

The lack of transparency in the workings of the NIRSAL leaves much to be desired. Besides the fact that it makes nonsense of the president’s anti-corruption crusade, it further exposes the current government’s inability to adequately monitor public officers. For instance, contrary to government’s directive placing ban on foreign trainings, NIRSAL had sent some staff on trainings abroad, including a particular one in South Africa, described as jamboree by a member of staff who was part of the training. ‘ It was a shabby exercise and a total waste of public resources the staff said. He is also accused of flying in first class on foreign airlines.

Amongst other things, the managing director was accused of not keeping adequate records of financial transactions and commitments relating to inflow, expenditure and disbursements. NIRSAL has accumulated bad credit guarantees running into billions of naira, while the farmers are yet to benefit. When the corruption magazine sought to know about some specific details through a freedom of information request the company’s response was that it was not a public institution and does not receive funding from government and as such its record remain private and close to scrutiny.