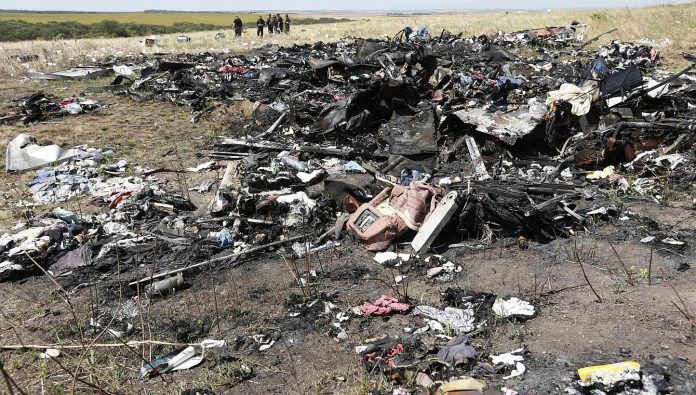 The missile launcher used to shoot down MH17 over Ukraine was part of the Russian armed forces, an international team of investigators has confirmed.

Wilbert Paulissen, head of the crime squad of the Netherlands’ national police, said the missile was fired from Russia’s 53rd Anti-Aircraft Brigade.

“All the vehicles in a convoy carrying the missile were part of the Russian armed forces”, he told a televised news conference.

NAN reports that flight MH17, en route from Amsterdam to Kuala Lumpur, was travelling over conflict-hit Ukraine on July 17,  2014 when it disappeared from radar.

A total of 283 passengers, including 80 children, and 15 crew members were on board.

In September 2016, an international team of criminal investigators said evidence showed the Buk missile had been brought in from Russian territory and was fired from a field controlled by pro-Russian fighters.

But they said they were still trying to establish who the perpetrators were, and appealed for witnesses to come forward to assist the continuing investigation.

The plane crashed in rebel-held eastern Ukraine at the height of the conflict between government troops and pro-Russian separatists.

The Dutch report commissioned three separate investigations – from Dutch, Russian and Ukrainian bodies – to look at where the missile launcher could have been located.

It said the missile could have been fired from an area of about 320 sq km in the east of Ukraine.

The Joint Investigation Team (JIT) and the government in Ukraine say the missile was brought from Russia and launched from the rebel-held part of Ukraine.

The JIT comprises of Australia, Belgium, Malaysia, Ukraine and the Netherlands.

In June 2016, JIT  published a photo of a large Russian-made Buk missile component found at the crash site.

It said it had been able to track the course of the missile trailer from Russia to the launch site and immediately back into Russian territory following the downing of the plane.

As for the identities of the perpetrators, the JIT has identified a “long list” of 100 possible suspects.

It is continuing its work, including trying to identify the perpetrators’ chain of command, and has appealed for witnesses to come forward – saying those who co-operate could face lower jail terms or immunity from criminal liability themselves.(Reuters/NAN)