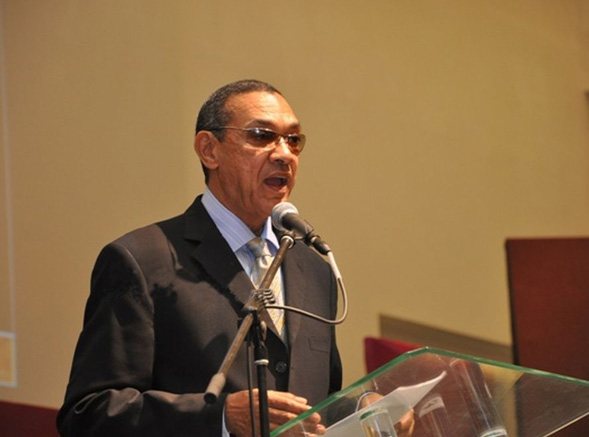 Lawmaker representing Bayelsa, Mr. Ben Murray- Bruce has proposed that the legislature takes over the duties of the Eecutives due to its lackadaisical attitude towards the insecurity ravaging the country.

This submission was made following a point of order raised by a lawmaker from Taraba state, Senator Shuiab Lau, during plenary, on Wednesday, over the clash between farmers and herdsmen in Taraba State.

In his contribution, Senator Murray-Bruce said “it seems to me that Nigeria is becoming a lawless country. A country with no rules and regulation, a country where laws are not adhered to. A country where there is no consequence for bad behavior. We have a government, security agents, or we don’t”.

“These are the fundamentals issues at stake today because every day since we have gotten here someone has gotten killed, raped, throat slit, killed at gun point and every day we have resolutions and nothing is being done,” he said.

Bruce added that “If the Federal Government wants to run a red chamber, then let us appoint the Senate President to be the President of Nigeria. Let us do the job of the executive because it doesn’t make any sense”.

Continuing, the senator lamented that “Every day we deal with all these issues. Babies are being brought into this world with no future. As soon as they grow up they pick up an AK 47 and start killing fellow human beings. All we do is talk, talk, talk, talk”.

“The Minister of Defence should tell us what he is doing. If the cabinet is incompetent then we should fire them. You don’t understand this. Maybe cameras should go and see these dead bodies. Maybe NBC should change its laws and go and see these bodies as if we are in Liberia or Cameroun. We are becoming a barbaric nation with no respect for life. The executive should speak today and explain to Nigerians what is happening in this country,” he said angrily.

“If Saraki is the only one interested let him become the President of Nigeria and that solves the problem. We cannot continue like this. We either fix this problem or everybody should shut up and resign from public office,” the senator declared.

He further stated: “There must be consequence for bad behaviour. You are either in control or you are not. The ministers in charge should resign, Nigerians involved should be fired or resign otherwise they should be impeached. For Nigerians to be killed like cattle, it is not acceptable to be invaded by foreign mercenaries and all we do is have conversations, enough is enough.”