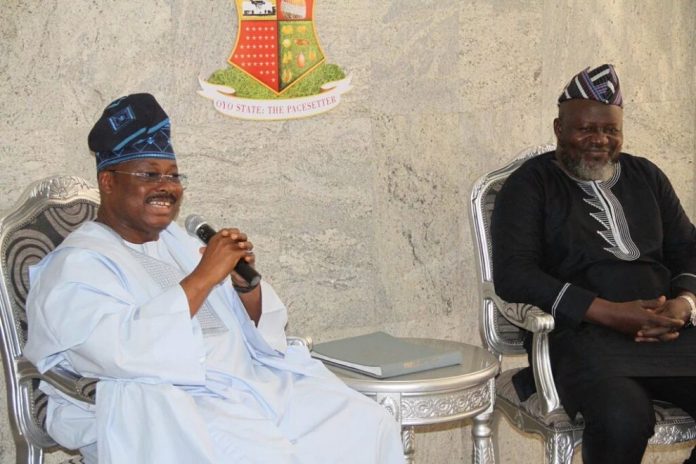 Political gladiators in Oyo State are going for each others jugular over who controls the soul of the state as the Year 2019 approaches.

Already, the Minister of Communications, Chief Adebayo Shittu has reported Governor Abiola Ajimobi to President Muhammadu Buhari and the national chairman of the All Progressives Congress, APC, Chief John Odegie-Oyegun over the alleged high handedness by the governor.

In a petition personally signed by the Minister, he claimed that his offence to the governor which culminated in the demolition of his Computer Based Test, CBT Centre under construction by the agents of the state in Shaki was as a result of his intention to take over as the next Governor of the State.

Adebayo Shittu said he decided to draw the attentions of the national leadership of the party, the President and the APC national leader, Asiwaju Ahmed Bola Tinubu to the alleged manipulations of the governor on time in order to save the party from total disintegration in the state.

Shittu in the petition dated 18th December 2017, said, “I am constrained to bring to your notice the unsavory development in our great party in Oyo State and the unbecoming behavior of Governor Abiola Ajimobi, who is expected to provide sound moral and exemplary leadership to the citizens of our dear State.

“This line of action becomes imperative in view of the sad turn of events in Oyo State APC. It is an open secret that the fortunes of APC has nosedived in the state due to Governor Ajimobi’s undue arrogance, grandstanding, nepotism, caustic and unguarded utterances and creating unnecessary divisions among party leaders and members thereby balkanising the party along group lines.

“Worse still, the traditional media and the social media are awash with various commentaries of the negative impact of Governor Ajimobi’s degeneration behavior in the fortunes of our party.

“It is on the basis of these facts and some decisions of the Ajimobi’s government as it affects the generality of our people that I have had cause in the past to criticise him and insist that the overall interest of APC as a political party in power should be paramount, rather than the egoistic feelings of the governor and his co-travellers.

“In doing this, I don’t have anything personal against Governor Ajimobi, but to stress the importance of him not destroying the very platform that made him governor. The signs that Ajimobi is set to destroy the party are glaring to political watchers, as the voting population in the state is becoming disillusioned more than ever before.”

The Minister stated that when it was clear to him that the governor was harbouring some form animosity against him, he arranged a meeting at the Oyo State Government House Abuja where two of them met to resolve all existing misgivings, adding that the governor assured that every differences were resolved.

He noted with constanation that just a day after the meeting, the CBT Centre which was part of the issues discussed with the governor was demolished.

He said, “At the meeting, I also mentioned to the Governor the outstanding issue of a Computer Based Test Centre under construction in Shaki, which has become a subject of dispute between me and the local government.

“I requested for his kind intervention to see to the success of the project which to all intents and purposes would not only assist examination candidates in my hometown but would also be a boost to our party.

“The governor promised to intervene and lay the matter to rest, for which I expressed my appreciation for his brotherly promise. The meeting ended on a good note with the hope of a better working relationship.”

He said few days after he called the governor on phone to thank him for the reception and understanding on all the issues discussed.

“During the telephone conversation, it was amazing that the governor on his own reassured me that he was soon going to provide me with official documents to revalidate my ownership of the land on which the CBT Centre was being constructed.

“Shockingly, the following day, I got information that agents of the state government invaded the site with a bulldozer, a pay loader and people suspected to be thugs, uprooted the on-going CBT building project and demolished over 2,000 9″ blocks on site,” he alleged.

He said efforts made to draw the attention of the governor did not yield anything as the governor neither picked his calls nor replied to His text message.

He further claimed that the governors grouse against him following the information available to him was because he (Shittu) frustrated the governor’s attempts to “unjustifiably” remove the APC Chairman in Ido Local Government of the State, one Pastor Akintokun, who he (Ajimobi) felt had allowed me to have too much access to the political apparatus in the local government.

He further stated, “The governor was said to have been shocked by my acceptance of the Chieftaincy title of Agba-Akin Afiwagboye from the Olubadan of Ibadanland, whom he regarded as an arch-enemy.” 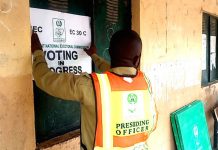 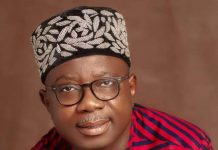