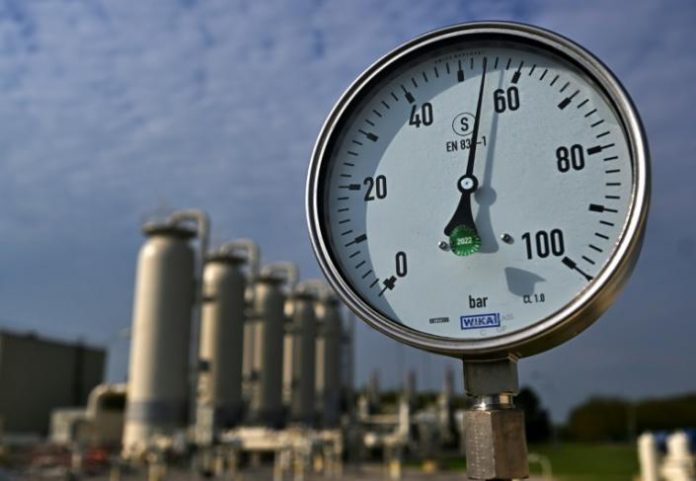 Following the instability in the European gas market occasioned by Russia-Ukraine war which started in February 2022, the European Union (EU) looks up to Nigeria as an alternative to supplement its gas needs.

The EU currently imports 14 per cent Liquefied Natural Gas (LNG) from Nigeria. Reports in the international oil and gas market indicate that the bloc could double this figure.

As EU seeks alternative to dwindling gas supplies by Russian, Nigeria’s Ministry of Petroleum Resources says it has a number of enablers and initiatives to fill the gap as well as lift the nation’s oil and gas industry to greater heights.

The enablers to realise potential of gas sector include the development of critical infrastructure and systems such as the declaration of the Decade of Gas.

The EU in partnership with the Federal Government had also expressed renewed interest to increase funding gas project in Nigeria to guarantee meeting local demands and earning foreign exchange from the international market.

To that effect, Chief Timipré Sylva, Minister of State for Petroleum Resources, received and discussed with an EU delegation led by Mr Matthew Baldwim, Deputy Director-General, EU Energy Platform Task-Force, on partnering on technology and policies to drive the project.

The minister said the development would hasten the desire of EU to guarantee alternative to the gas it imports from Russia and enhance Nigeria’s presence in the international oil and gas market.

“We have always said that we are committed to gas as a transition fuel and today we are speaking the same language with the EU,’ the media quoted Sylva saying.

As Nigeria targets Europe and Trans-Saharan markets with on-going AKK Gas Pipeline construction, the minister has said the project was on track and would present a huge opportunity for Nigeria and others to tap into the European market.

The 2.8 billion dollars project which is being handled by the Nigerian National Petroleum Company Limited (NNPC Ltd) is the biggest single gas project in Nigeria and expected to boost domestic gas consumption, power generation and industrialisation.

When completed, the 614 kilometers pipeline will be Nigeria’s biggest domestic gas transmission infrastructure and conceived to stimulate domestic industrial growth. The pipeline will be delivered by a consortium of indigenous and international engineering firms.

This is also good for the manufacturers, because they now have incentives to produce more as people will be linked up and have access to gas then invest in a gas-based industry. The project will also eliminate gas flaring completely in the country,’’ he said.

To further enhance the quest for gas exploit, the Federal Government recently moved to fix the critical missing link in its effort to develop the country’s gas sector with the inauguration of the Governing Council of the Midstream and Downstream Gas Infrastructure Fund (MDGIF).

The council will also develop a roadmap for transforming gas to a value addition product in Nigeria.

Sylva said although there are programmes towards achieving the decade of gas initiatives and developing Nigeria’s huge gas potential, the missing link remained paucity of basic gas infrastructure to propel the initiative.

The minister said that a major cause of low gas production, gas flaring and low domestic gas utilisation was infrastructure deficit in the country.

He said that it was estimated that more than 20 billion dollars would be required yearly over the next 10 years to bridge these gaps.

The Fund, established under Section 52 of the Petroleum Industry Act (PIA), is a Directorate in the Nigerian Midstream and Downstream Petroleum Regulatory Authority (NMDPRA) while Section 52 (3) provides for the Governing Council to supervise and make investment decisions for the Fund.

As a Directorate within NMDPRA, the Minister said the Fund would be expected to benefit from its internal reporting, operational and organisational processes adding that in accordance with the PIA, 2021, the Council “shall supervise and make investment decisions for the Fund”.

The meeting was also a boost for Nigeria to step up its efforts to reduce gas flaring and venting, and explore the opportunity of exploring the international market.

Also in pursuit of EU gas market, the Nigeria-Morocco Gas Pipeline (NMGP) project recently received a boost following the signing of an MoU by the partners and five West African Countries.

In September 2022, NNPC Ltd. and ONHYM signed MoU with ECOWAS Commission while in October 2022 it executed an MoU with Petrosen of Senegal and SMH of Mauritania, all on the NMGP Project.

Mele Kyari, Group CEO, NNPC Ltd. during the signing of the MoU said it represented a significant step in fulfilling the federal government’s drive towards harnessing Nigeria’s abundant gas resources through NMGP.

Kyari said other benefits of the project include creation of wealth and improvement in the standard of living of the citizenry, enhanced diplomatic cooperation while militating against desertification; among others.

He descried natural gas as a critical fuel in the transition towards net-zero, adding that NNPC Ltd. was well positioned to progress the NMGP project by leveraging its experience and technical capabilities.

“The NNPC Ltd will facilitate the continuous supply of gas and provide other enablers such as the required land for the first compressor station to be deployed in Nigeria which is among the 13 stations earmarked along the pipeline route,’’ he said.

Similarly, Kyari, while speaking on the AKK project explained that the pipeline, which was also conceived to connect demand from the northern part of the country with supply from the south would be the biggest infrastructure development in the country’s recent history.

“It will also mark a significant shift in the nation’s energy policy; from revenue, targeted export programmes to development-focused domestic supply programmes,’’ he said.

Some oil and gas experts also lent their voice towards meeting EU demand of gas from Nigeria, which they said could be possible through the Trans-Saharan Gas Pipeline project.

Sowunmi, Senior Legislative Aid to the Senate President on Gas and Power, called for consistency in the Nigeria Gas Master Plan, especially on projects such as AKK, Trans-Saharan Gas Pipeline and West African Gas Pipeline. 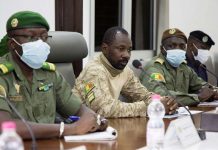 Are Military Takeovers On The Rise In Africa? 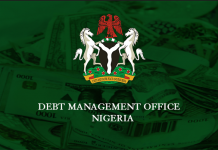