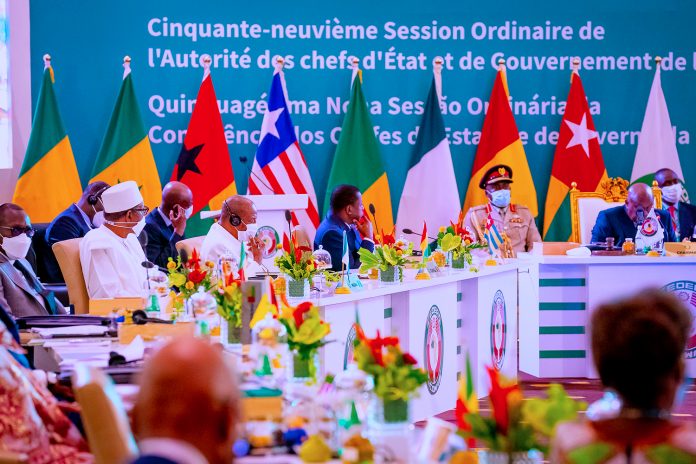 The National Economic Council (NEC) says Nigeria’s Human Capital Development Strategy has been adopted as a template for the development of ECOWAS Regional Integrated Strategy.

Laolu Akande, Senior Special Assistant to the President on Media and Publicity, Office of the Vice President, briefed State House correspondents on Thursday, after a virtual NEC meeting.

The virtual meeting, presided over Vice President Yemi Osinbajo, was anchored from the Presidential Villa, Abuja.

“Today, one of the presentations to the council was on Nigeria’s Human Capital Development Strategy; there was an update on the implementation of that strategy.

“One of the highlights of that update was the fact that Nigeria’s Human Capital Development Strategy has been adopted as a kind of template for the development of ECOWAS Regional Integrated Strategy.

“There was also an update on how the strategy itself can be used to accelerate human capital development in Nigeria.

“And the key message that was delivered to the council members was that commitment at the federal and state level was critical to ensuring that there is increased investment in human capital development interventions across the nation.

According to him, states are expected to design their own plans and strategies to maximise the impact of implementation in their states.

He said that states had also been asked to invest in intervention and initiatives and high-impact programmes across thematic areas like health, education and labour to improve the human capital indices in their states.

“To support the human capital development outcomes and least expectations.

“Some of the key expectations from the governors during today’s presentation by the coordinator of the human capital development implementation programme include that the governors are required to actively participate in the launch of the National Human Capital Development Strategy which comes up on May 17.

“The governors were also requested to constituted Human Capital Development Councils and provide funding support for the coordination of human capital development agenda at the state level.

“The state governors were also required to express willingness to participate in the human capital development public expenditure and institutional review which essentially looks at how the public resources; the money of the states is being spent to advance human capital projects.’’

Akande said that the governors were also asked to continue to express commitment to community based human capital projects in partnership with development partners including Federal Government.

He said that the strategy had a whole nation peoples- approach to its implementation.

“One of the things that was said to the governors was that the emerging national vision for the human capital development  is an ambitious target and interventions have been identified across health, education and labour force to benefit at least 24 million Nigerians.’’

The senior special assistant said that there was also an update of the COVID-19 situation by the NCDC.

“It was reported to the council that cases have declined in the past one week by over 65 per cent in Nigeria; specifically, there were no deaths reported in the past week according to NCDC.

“The report said that caution must still be taken; two states were mentioned were the decline has been significant—and they are Lagos and kano States,’’ he said. (NAN)(