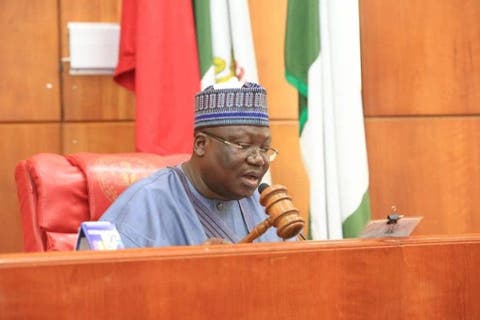 Also forwarded were the names of appointees into the newly established Boards of the Nigerian Midstream and Downstream Petroleum Regulatory Authority (NPRA) and Upstream Regulatory Commission (URC) to the Committees on Petroleum (Downstream) and (Upstream), respectively.

The nominees were referred to the relevant committees for legislative action on Wednesday during the start of plenary proceedings, following the receipt of three separate requests from the President  to that effect.

The upper chamber on Tuesday received a request from President Muhammadu Buhari to confirm the nominees as Members of the Board of the Nigerian Midstream and Downstream Petroleum Regulatory Authority.

The President in another letter to the upper chamber also sought the confirmation of the Board of the Upstream Regulatory Commission.

He explained in a letter dated September 16, 2021, that the request to confirm the Chairman, Chief Executive  and Executive Directors for the Nigerian Midstream and Downstream Petroleum Regulatory Authority was made in accordance with the provision of Section 34(3) of the Petroleum Industry Act 2021.

In a separate letter dated September 16, 2021, President Buhari while relying on the provision of Section 11(3) of the Petroleum Industry Act 2021, requested the Senate to confirm the appointment of four nominees as Chairman, Chief Executive and Executive Commissioners to the Board of the Upstream Regulatory Commission.

Buhari in a third request contained in a letter dated September 17, 2021, sought the confirmation of the Secretary and Board members of the Economic and Financial Crimes Commission (EFCC).

President Buhari explained that the request for the confirmation of the nominees was in accordance with the provision of section 2(1) of the Economic and Financial Crimes Commission (Establishment) Act, 2004.