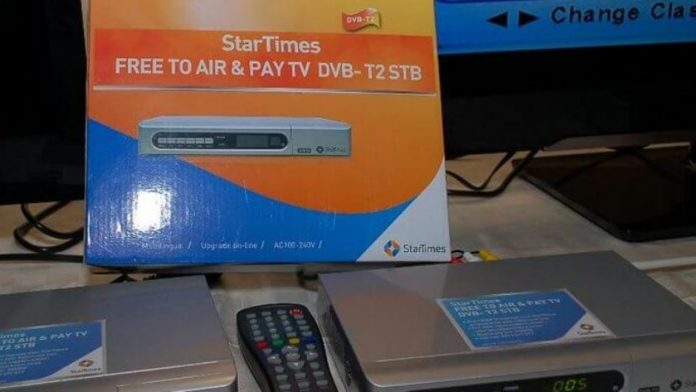 With heightened demands by Nigerian on Pay-as-you-view from pay TVs, there has been intense competition among the two leading pay TVs, Multichoice and Startimes.
While MultiChoice has refused to bend as it said that it does not have the capacity to operate PPV model, as it operates a prepaid pricing model across the 50 Sub-Saharan African countries where it operates, its competitor, StarTimes announced that it had already integrated a flexible subscription plan where customers do not have to pay for what they do not get.
The model, according to the PR Manager of StarTimes Nigeria, Lazarus Ibeabuchi, allows subscribers to choose daily, weekly, monthly or quarterly plans and enjoy all exciting content on their preferred package/bouquet valid for the period paid for.
Maybe this was not what Nigerians had in mind when they demanded the pay-as-you-go billing system, but it was a lot more than MultiChoice was offering in its DStv and GOtv bouquets. It still provided a viable alternative giving customers a feel of being in charge of what they pay, and what value they get in return.
With as little as N90 or 160 naira daily, subscribers can watch several exciting channels, both foreign and local entertainment channels.
Observers opine that MultiChoice recent decisions are part of a larger strategy to remain the leading pay-TV channel and content aggregators.
The heated competition continues across all channels, especially on social media where both operators try to actively engage their customers with trailers and snippets from their content. During the Sallah celebration, StarTimes sent gift packages to some randomly selected customers as contributions to a bountiful celebration.
Recall that both companies had, at the end of H1 2020, announced a new price plan for its bouquets in response to the new Value Added Tax (VAT) rate of 7.5 per cent.
In its public announcement, MultiChoice noted the company had absorbed the additional 2.5% tax for the first half of the year, in the hope that the federal government would revert to the old tax rate before the end of Q1 2020.
Even though this action attracted lots of criticisms, the company has insisted that it would not be able to continue absorbing the extra costs given the large market in Nigeria, as it was already telling on its finances.
Some of the critics of this action claimed that the company is exploiting Nigerians, making them pay more than they should, even when the epileptic power supply in the country does not allow customers to get maximum value for subscribed plans.