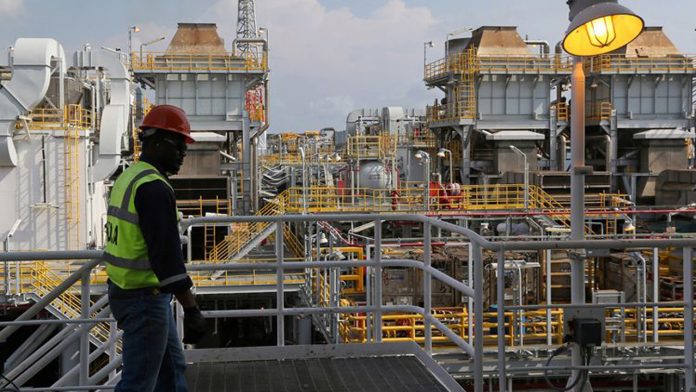 Nigeria stands to harvest over two million additional jobs at the Warri, Kaduna, Port Harcourt Refineries as well as the Nigeria Liquified Natural Gas (NLNG) and the Petrochemical company In Ikot Abasi, if the Federal Government allows colocation in the respective facilities, Gas Based Investment (GBI) consultants have revealed.

Co-location concept is defined as a practice, which promotes optimisation through one or more plants sharing mature pre-existing infrastructure rather than building their own or waiting for a third party to do so.

Speaking at a lecture organized for journalists, on the benefits of colocation, in the nation’s existing hydrocarbon facilities in the country, in Lagos, On Wednesday, consultants in the oil and gas sector, Mr. Charles Majomi, Dr. Solomon Adeleye and Dr. Brown Ogbeifun noted that if the Federal Government allows colocation in the key refineries and hydrocarbon facilities in the country, over two million jobs will be created in the next decade, warning however that a continuous neglect of the sector spelt doom for the country.

Speaking at the one day seminar, Mr Majomi said “we are
advocating for government to allow its underutilized hydrocarbon assets to be accessible to private companies. It is important that there is a paradigm shift in GBI to avoid catastrophe”.

He noted that investment in GBI has the potential to ease the burden of unemployment stressing that with the huge gas reserve of about 188 trillion cubic feet of gas, Nigeria remained an untapped gas destination in the world.

He added” we are demanding reform. the government should approve colocation as a way to boost investments in the oil and gas sector in the country”.

Adeleye who spoke on Framework and an Implementation Roadmap for Colocation as a Strategy to GBI, said if colocation is encouraged in the hydrocarbon sector, Nigeria stands to maintain a minimum of 3% Gross Domestic Product (GDP) in the next decade.

While emphasizing further the benefits of colocation, Adeleye revealed that if colocation is allowed in the existing nation’s hydrocarbon facilities, NLNG plant is capable of providing 200,000 jobs while the proposed Ogidigben Gas Industrial Park in Delta State could provide 1, million direct and indirect jobs.

He explained further that the Ikot Abasi Aluminium and Fertilizer Plant can provide 60,000 jobs is the policy of colocation is adopted while Kaduna Refinery has the capacity to provide 10,000 jobs from Agro production plant alone.

The Warri Refinery he revealed has the potential to create over 200,000 jobs.

He said “All the essential facilities are there and the investment is more probable because the infrastructure are there. They should apply existing law in those Federal Government facilities to fast track the policy of colocation”.

He warned that in the next decade, if no deliberate policy is put in place to tame the over 60 million Nigerians who will be jobless, the country stands the risk of a catastrophe stressing that colocation in the hydrocarbon sector was capable of ameliorating the disaster in waiting.

“Catastrophe is imminent, as job creation is not matching population growth. In 2017, Nigeria was ranked the 7th most populous nation in the world, with 13 percent of the total population unemployed. In the next 10 years, Nigeria’s working age is projected to reach 122 million nearly the size of the current population now. We need drastic policy changes to tame future high level of unemployment,” he noted.

“Unfortunately, with the 9th largest gas reserve in the world, 188 trillion cubic feet, little efforts are being made in the exploration of non-associated gas and that must be redressed,” he stated.

Founder of African Initiative for Transparency, Accountability and Responsible Leadership, Dr Brown Ogbeifun, In a welcome address on Concept of Colocation Strategy as a Tool For Gas Based Implementation, hinged the inability of Nigeria to fully harnessed the benefits accruable in the oil and gas sector to “corruption, conspiracies from very many quarters and lack of political will by the government to do the needful”.

Speaking on the concept of colocation, Ogbeifun said “the concept is laudable and the strategy could encourage and promote increased GBI investments by the private sector; create a vibrant value chain, provide employment, substantially increase government’s revenue and the potential for reducing host community conflict in Niger Delta”.

He sought the support of the media in educating the Nigerians on the benefit of colocation.

“If the country must effectively implement the principles of co-location, the press has to play a major role in the dissemination of the advantages and workability to the populace. They can only play this critical role if they fully understand the concept and how it could help Nigeria achieve her optimum in gas based implementation. This therefore, is one of the reasons you have been invited for the training and dialogue,” he further stated.