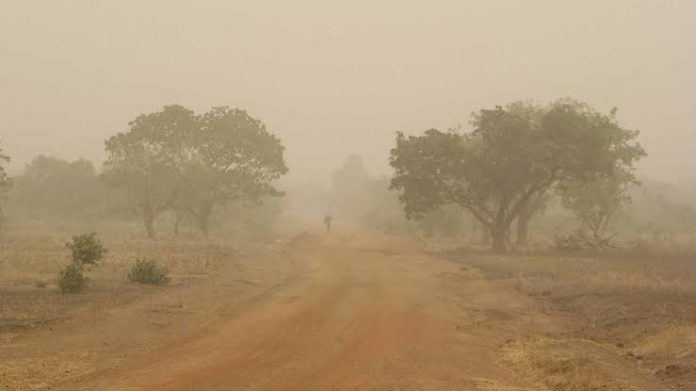 The Nigerian Meteorological Agency (NiMet) has predicted earlier than long- term average rainfall onset dates across the country in 2023.

The Minister of Aviation, Sen. Hadi Sirika said this on Tuesday in Abuja in his keynote address at the unveiling of 2023 Seasonal Climate Prediction (SCP) and other Publications.

According to the agency, the rainfall onset date is predicted to be earlier than the long-term average in most parts of the country.

“However, parts of Katsina, Zamfara, Kano, Jigawa and Yobe in the North and Cross River, Ebonyi, Imo and Rivers in the South are likely to experience a delayed onset.

“The onset dates for parts of Adamawa, Bauchi, Gombe, Kwara, Oyo, Ogun and Lagos are likely to be near than long- term averages.

“The onset is expected to start from the coastal States of Bayelsa, River and Akwa Ibom in early March and around June/July in the northern states such as Sokoto, Kebbi, Zamfara, Kano, Katsina, Jigawa, Yobe and Borno,” it said.

On rainfall cessation dates, NiMet predicted an early end of season over parts of the South comprising Osun, Ondo, Edo, Delta, Imo, Bayelsa, Rivers, Akwa Ibom, and the eastern parts of Ogun and Lagos States.
“Parts of Yobe, Adamawa, Niger, Nasarawa and Kogi States are also predicted to have early end of season when compared to long term average conditions.

“However, an extended rainfall season is predicted over parts of Gombe, Kaduna, Kwara, Enugu, Anambra, western Ogun and Lagos State.

“The cessation is anticipated earliest in September over parts of Sokoto and Katsina States, while it would occur much later in December over most parts of the coastal region,“ it said.

According to NiMet, rainfall amount over the country in 2023 is predicted to be average to above average in most parts of Nigeria.

“However, the prediction shows that parts of Yobe, Jigawa, Kano, Bauchi, Jigawa, Kaduna States and FCT are likely to observe below average annual rainfall amount.

“Nasarawa, Taraba, Kogi, Benue, Ekiti, Osun and Oyo States and FCT are expected to have 1190 mm to 1590mm of rainfall, while Bayelsa, Akwa- Ibom, Delta and Cross River are predicted to record annual rainfall amounts of 2700mm and above,” it said.

NiMet anticipated temperature to be generally above the long- term average across the country.

It envisaged both daytime and night time temperatures to be warmer than the long- term average over most parts of the country in January, March and May.

The agency, however, predicted cooler than long -term average day and night times in February.

“On dry spell, mild to moderate (8-16 days) dry Spell is predicted to occur in April 2023 in the South after the onset is established.

“Furthermore, following the establishment of onset in the North, a severe dry spell that is likely to last between 15 to 21 days or longer is predicted in June to early July in parts of the Northern (Sokoto, Zamfara, Kebbi, Jigawa, Katsina, Yobe, Borno, Kano) and central states.

“A moderate dry spell is predicted over Niger, Nasarawa, Gombe, Bauchi, Benue, Kogi and the FCT,” it said.