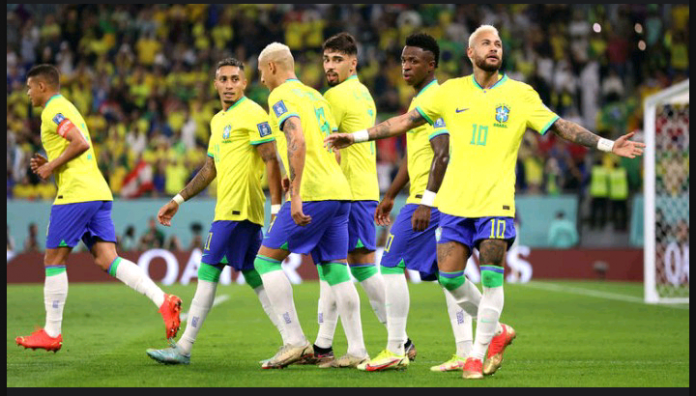 (AP) — Neymar scored a goal in his return from injury and Brazil beat South Korea 4-1 to advance to the quarterfinals of the World Cup on Monday.

Neymar converted a first-half penalty for his 76th goal with Brazil and move one shy of Pelé all-time scoring record with the national team.

The 82-year-old Pelé said he was going to watch the match on television while hospitalized in Brazil to treat a respiratory infection.

Vinícius Júnior, Richarlison and Lucas Paquetá also scored in the first half for Brazil, which made it to the quarterfinals of the World Cup for the eighth straight time.

South Korea was trying to advance past the round of 16 for the first time since its historic run as a co-host in 2002, when it made it to the semifinals and ended up fourth.