Today marks the beginning of 16 Days of Activism on Violence Against Women from November 25th , the International Day for the Elimination of Violence against Women, to December 10th , the International Human Rights Day. The theme for 2022 is Unite! Activism to End Violence Against Women and Girls’. The 16 Days of Activism against Gender-Based Violence Campaign is a time to galvanize action to end violence against women and girls around the world.

In 1993, the United Nations General Assembly officially recognised violence against women as a violation of fundamental human rights through the Declaration on the Elimination of Violence Against Women, defining VAW as “any act of gender-based violence that results in, or is likely to result in physical, sexual or psychological harm or suffering to women, including threats of such acts, coercion or arbitrary deprivation of liberty, whether occurring in public or private life”.

Violence Against Women remains the most pervasive human rights violation around the world and heightened by COVID19 pandemic and further increased by crisis of climate change, global conflict and economic instability. It has been reported by UN Women that that one in three women worldwide have experienced physical or sexual violence — mostly by an intimate partner at home, on the streets or during war.   It is also estimated that 35 per cent of women worldwide have experienced either physical and/or sexual intimate partner violence or sexual violence by a non-partner at some point in their lives.

However, some national studies show that up to 70 per cent of women have experienced physical and/or sexual violence from an intimate partner in their lifetime. In some countries, 40-70% of murdered women are killed by their partners. “What is even harder to understand is why societies shame the victims, why governments fail to punish deadly crimes, why the world denies itself the fruits of women’s full participation in decision making’?.

In Nigeria, laws prohibiting violence against women and girls are replete. Laws on Female Genital Mutilation (FGM), Harmful Traditional Practices, Widowhood Rites and the much celebrated Violence Against Persons and Prohibition Acts         ( VAPP), These can only be  beneficial to female victims until they are fully enforced and victims gets redress including establishment of survivors funds.

Rape of girls is daily reported in traditional and social media, some fathers have become the recent nightmare to their daughters. Young girls are now a prey in school at home and on cyber space. There is no safe space for girls to grow and mature with sexual violence, kidnapping and dating for rituals, girl child marriage, trafficking for prostitution and domestic labour endangering the Nigerian girl- child.

Who should be held accountable for these acts by the perpetrators? Parents, Government, Schools, Religious, Traditional or Political leaders? In this 16-day period, we should address these crucial issues with highlights on other significant dates including November 29, International Women Human Rights Defenders Day,December 1, World AIDS Day, December 6, which marks the Anniversary of the Montreal Massacre and December 10th the International Human Rights Day to Celebrate the Day the Universal Declaration on Human Rights came to be. 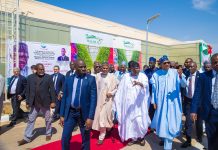 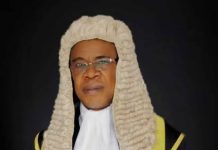 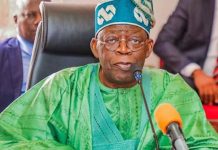