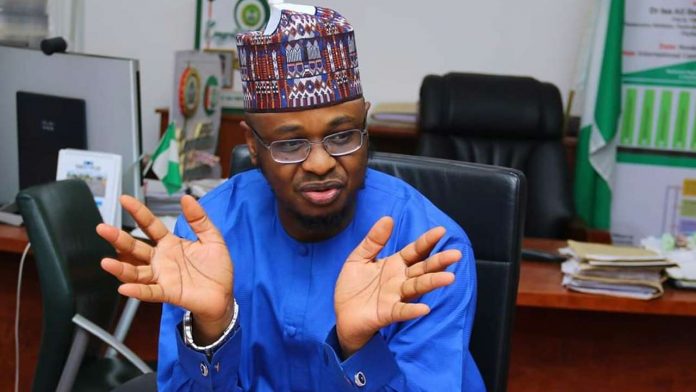 The Minister of Communications and Digital Economy, Prof. Isa Pantami said the Ministry had completed over 2000 projects in the sector within three years.

Pantami said this during an oversight visit to the the Galaxy Backbone’s (GBB) Data and Information Centre on Wednesday in Abuja.

He said that not only public institutions would benefit from the data centre but private sectors and all Nigerians in the area of broadband, among others.

Pantami said: “Public institutions including private ones and ordinary citizens will benefit from the services like broadband and trainings, among others.f

“Trainings are going to be organised from time to time for our citizens in order to close the digital divide.

“This is one area that is going to be useful to our citizens because it is a government institution and citizens must benefit from this training.

“When citizens are trained by implication you are rising the probably of getting or being employed either by government or private institution or even by international organisations.”

The minister said that there were so many opportunities in the sector, adding that citizens should not restrict job creation to only the government or within Nigeria, but to explore internationally.

“Today in the digital economy sector, when we talk about job creation , don’t restrict that job creation to only government or within Nigeria.

“There are one thousand and one opportunities out there at international levels, what is most important is to have the skills and be able to display to them that you will be able to take up the challenge.

“So, by training citizens, it will be an opportunity to increase their probability of getting employment not in Nigeria, but even at the international level with even the tech giants,”Pantami said.

He added that the data centre in Kano was already operational and preparations for its inauguration were in top gear.

“As you know information is now our black gold and crude oil. Before we were storing our informations on files, which were confidential and it was only a few people that had access to it.

“Now the data is in the cloud. It is everywhere, so the repository for that data are the data centres.

“All the information you have as a country is now going to be in the data centre that is in your control.

“There is a peculiarity, which is the protection of that data centre. If you have a data and it is not protected, then anything can happen”. (NAN)