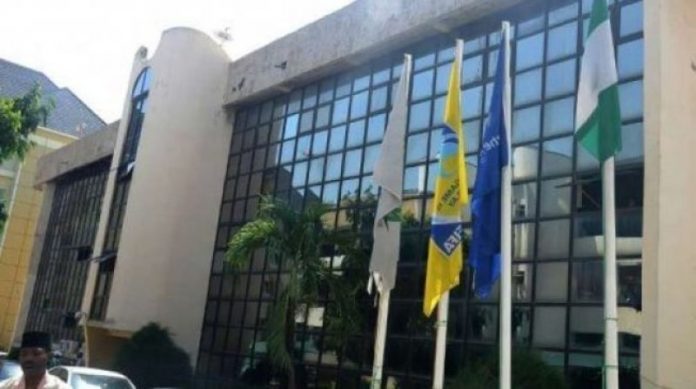 The Nigeria Football Federation (NFF) has filed a notice of appeal against the order of a Federal High Court (FHC) Abuja which stopped the conduct of its executive election earlier scheduled for Sept  30 in Edo.
In a notice of appeal marked: FHC/ABJ/CS/1376/2021, NFF put forward three grounds why the order should be set aside.
According to the football association, the learned tria! lower court erred in law which occasioned a miscarriage of justice when his lordship held thus: “Parties are hereby ordered to maintain status quo ante pending the final order of this Court.”
The News Agency of Nigeria (NAN) reports that Justice Inyang Ekwo of a FHC sitting in Abuja had, on Sept. 15, restrained the Minister of Youth and Sports, Sunday Dare, and President, Nigeria Football Federation (NFF), Amaju Pinnick
from conducting the NFF executive election scheduled for Sept. 30 in Edo.
Justice Ekwo, in a ruling on an ex-parte motion moved by counsel for the claimants, Celsus Ukpong, ordered the minister, Mr Pinnik or any person, acting on their instruction, to maintain a status quo pending the hearing and determination of the motion on notice for interlocutory injunction.
He consequently adjourned the matter until Oct. 31 for hearing.
NAN reports that, in the motion filed Sept. 2 and marked: FHC/ABJ/CS/1376/2021; Harrison Jalla, Chief Victor Rumson Baribote, Austin Popo and National Association of Nigerian  Footballers (NANF), who were 1st to 4th claimants, had sued NFF, Pinnick and the minister as 1st to 3rd defendants respectively.
But in the notice of appeal dated Sept. 27 and filed Sept. 28 by the NFF (the appellant) at the FHC, Jalla, Chief Baribote, Popo, NANF, Pinnik and the minister are listed as 1st to 7th respondents respectively.
The NFF’s counsel, Patrick Mekako, argued that the lower court lacked the jurisdiction to grant an order not prayed for.
“It is trite principle of law that a court can only grant what was prayed for,” he said.
The lawyer argued further that the FHC erred in law when, after making the ex-parte order, it reverted the matter to Oct. 31 for hearing.
He said that since the ex-parte order was made on Sept 15, by the provisions of the FHC Rules and the settled state of the law, an order made through ex-parte should not last for more than 14 deys.
“By granting the injunctive order and adjourning the matter to 31/10/2022, the trial court tacitly made the ex-parte order to last from 15/09/2022 until 31/10/2022, which is for a period of 46 days.
“There was no legal justification for the extension of the order till 31/10/2022,” he said.
According to him, the extension of the order to 31/10/2022 is against the interest of justice and will also prejudice the course of justice in this suit.
Mekako said the trial lower court misdirected itself which occasioned grave miscarriage of justice when it ordered the parties to maintain the status quo ante pending the final order of the court and adjourned the suit to Sept  31.
He, therefore, prayed for a declaration that the interim order of Sept. 15 was made without jurisdiction.
He also sought an order setting aside the interim order of Sept. 15.(NAN) 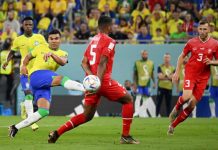