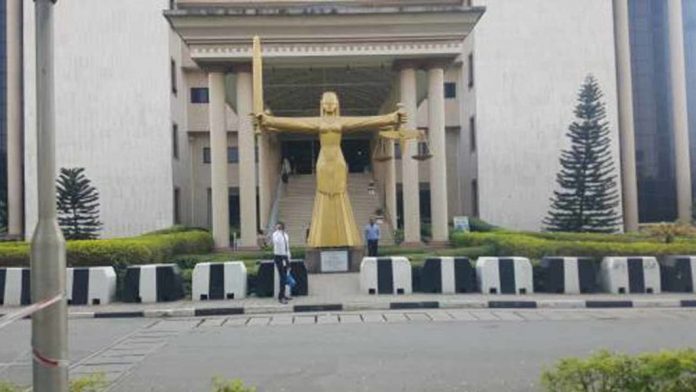 The Chief Judge of the Federal High Court Abuja, Justice John Tsoho,  has set aside a consent judgement in favour of Panic Alert Security Systems Limited against the Nigeria Governors’ Forum (NGF).

Delivering the ruling on Wednesday, Justice Tsoho, held that the said consent judgement was entered without jurisdiction in its entirety.

The company is one of the beneficiaries of the payment of $418 million to consultants and is said to be for payment for professional services in the Paris Club refund to State Governments. It had relied on the consent judgement to lay claim to professional fees of over $40 million.

Earlier, the court had restricted the Federal Government from deducting $418 million from the bank accounts of the 36 states.

The state governors had accused the Attorney-general of the Federation (AGF), Abubakar Malami, of alleged involvement in the controversial payment.

The Governors’ Forum later instructed its counsel, Senior Advocate of Nigeria, Paul Ogbole,  to challenge the consent judgment the AGF relied upon in court.

Justice Tsoho agreed with counsel to the NGF that the reliefs claimed by the company were premised on a simple contract which by section 251 of the Constitution of the Federal Republic of Nigeria 1999 (as amended) strips the court ab initio the required jurisdiction to entertain such matters.

Accordingly, the court set aside the consent judgement.

By the ruling, all approvals by the AGF, the president, the minister of finance, the Accountant-General of the Federation and the Debt Management Office (DMO) arising from, related to, or concerning Panic Alert’s claims have been voided.