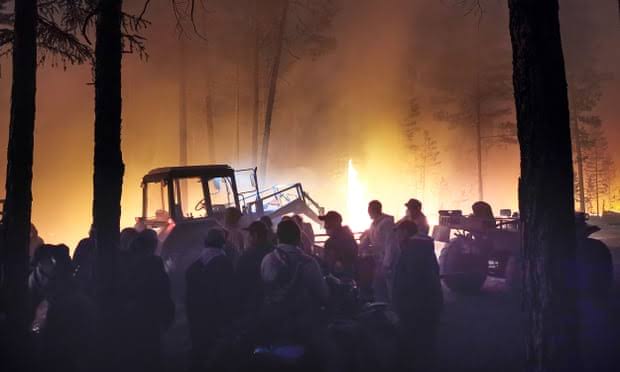 Forest fire burned down 60 buildings, including seven residential houses, in Russia’s southern region of Rostov on Tuesday with no casualties reported so far, local media said.

The forest fire, started Monday in the Ust-Donetsk forest area in the north eastern part of the Rostov region.

It spread to 136 hectares Tuesday morning, affecting three villages, a TASS report cited the Ministry of Emergency Situations of Russia as saying.

Residents had been evacuated, it said, adding that the Ministry of Emergency Situations has mobilised two fire-extinguishing aircraft.

It said one helicopter, more than 300 fire fighters and 90 pieces of equipment were on the ground to battle the fire. (Xinhua/NAN)