Mr Glory Onojedo, the Director, NSC, South-South zone, said this in a meeting with the Edo Shippers’ Association in Benin on Thursday.

Onojedo said the projects were critical infrastructure that would on completion create massive jobs, boost businesses as well as export and import activities in the south-south region of the country.

“The VTAs projects are on course and as soon as the title documents for the lands are received from the Edo government, the Shippers’ Council will move to the next stage of the project which is the procurement of private investors.’’

He, however, said the plots of land allocated for the VTAs were not sufficient to carry out ongoing work.

“We are appealing to the Edo government to give a little more land so that the architectural design can fit into them.

“There is an encroachment on one of the lands allocated for the VTA and we are appealing to the state government to address the issue, or better still give an alternative land that will not have challenges.’’

He noted that a port economy would be replicated in Edo through the AMES-Edo Inland Dry Port.

According to him, the AMES-Edo project is ongoing except for little issues that need to be sorted out between the Nigerian Shippers’ Council, the Federal Ministry of Transportation and the Edo government so that we can move to the next stage.

He commended the Edo Shippers’ Association for being proactive in initiating policies that would promote shipping activities in the country.

Onojedo said that the council would continue to support the association through seminars and facilitation of seamless trade activities.

Balogun also appealed to the council to assist in creating awareness and disseminating information to members on current trends in global shipping business. (NAN) 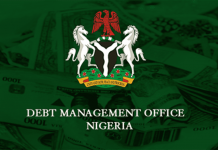 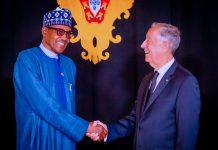