As Ekiti prepares for June 18 governorship election, the Independent National Electoral Commission (INEC) says it has detected 47,633 double voter registrations on its portal.

INEC’s Head, Information and Communication Technology, Titilayo Oderinde, disclosed this in Ado Ekiti on Saturday at a workshop, organised for journalists in the state, ahead of the forthcoming governorship poll.

Oderinde said that the registration of those affected had been invalidated with the aid of Bimodal Voter Authentication System (BVAS) invented by INEC in order to prevent double voting during the election.

Oderinde, while elucidating on the BVAS application and its significance to the credibility of elections, said that no individual could exercise double franchise during election, with the help of the ICT innovation.

He said: “During the just-concluded continuous voter registration exercise, a total of 124,963 people registered in Ekiti.

“However, it will surprise you that when the figure was subjected to BVAS scrutiny, a total of 47,633 people were discovered to have registered twice and removed from the total number that registered.

“This is not peculiar to a particular gender, as the offence was committed by both genders.

“But, I see no reason why people should be doing this when they can approach the commission for migration of their polling units, even if they have left their environment for other locations,” Oderinde said.

Also addressing the participants, the Resident Electoral Commissioner (REC) in Ekiti, Dr Adeniran Tella, appealed to voters not to treat their PVCs as instruments for mere identification, saying that they were to be used to vote on election day.

“PVCs are not designed as identification cards. They are for voting. We want to do away with this voter apathy and we are starting with Ekiti election,” he said.

Tella, however, saluted the women for participating well in the registration, saying that 71 per cent of them had collected their PVCs.

“We are assuring people living with disabilities (PLWDs) that their interests will be protected by the commission.

“They are Nigerians with inalienable rights to vote and we shall provide enabling environment for them to vote in this election. We have made adequate provisions for them,” he said.

Mr Festus Okoye, INEC’s National Commissioner and Chairman, Information and Voter Education Committee, also said that part of the constitutional frameworks for the success of any election was freedom of the press.

He, however, warned that this should not be abused in order to prevent violence during elections.

“Before journalists can monitor elections in any state, they must have good knowledge of the social, political, economic and geographical compositions of such state.

“They must also understand the security situation, because it differs from state to state.

“They must equally have deep knowledge of the laws guiding the conduct of elections and must know what they permit regarding the information they dish out.

“Media practitioners are not permitted to give out any information that can mislead the populace and ignite violence on the day of election. They have to be accurate,” he said.

Okoye appealed to media practitioners to be neutral, non-partisan, ethical and professional in the discharge of their duties during the forthcoming election in the state.

This, he said, had become imperative so that an election that would be acceptable to all could be conducted. (NAN) 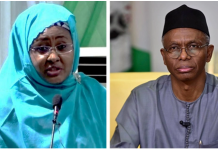