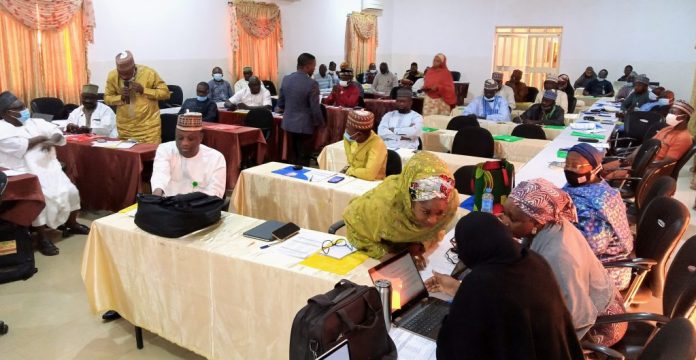 The Kaduna State Government has treated a total of 17,063 malnourished children out of the 28,524 admitted in various Community Management of Acute Malnutrition (CMAM) centres across the state in 2021.

The State Nutrition Officer, Mrs Ramatu Haruna, made this known at a two-day workshop organised by the Planning and Budget Commission for Local Government Chairmen and Health Secretaries on resource mobilisation and advocacy for nutrition intervention in Kaduna on Wednesday.

The presentation, which was a Report of Nutrition Activities in 2021, added that 9,549 children were still on admission, 1,604 defaulted, 135 did not recover, 115 transferred out,
while 58 children were lost to malnutrition.

Haruna said that the CMAM data indicated a downward trend in the number of malnourished children admitted in the centres, as well as the number of children dying from malnutrition.

According to her, the progress being recorded was possible because of the huge resources being made available by the state government to address the problem of malnutrition in the state.

“This development can be attributed to the intensification of food demonstration in health facilities and community sensitisation by Community Volunteers (CVs).”

She added that the state government had established 17 stabilisation centres for the management of complicated cases of severe acute malnutrition.

Haruna also said that a total of 2,380 CVs had been trained; 1,540 for CMAM and 990 for Community Infant and Young Child Feeding to sensitise and mobilise parents, caregivers and community members.

She identified some of the challenges affecting nutrition programming in the state as stock out of Ready-to-Use Therapeutic Food (RUTF) and non-release of allocated funds for nutrition activities by Local Government Councils.

Others, according to her, are CMAM programme only available in 15 local government areas, and a limited number of men being reached with nutrition messages in spite of their importance in decision making.

Mrs Priscilla Dariya, the Deputy Director, Development Aid Coordination, Planning and Budget Commission, said that the workshop was organised to sensitise the newly elected chairmen of the councils on state malnutrition in the state.

Dariya said that the workshop was designed to improve their capacity for map and mobilise resources required to plan, implement, monitor and evaluate nutrition interventions in their LGAs. (NAN)