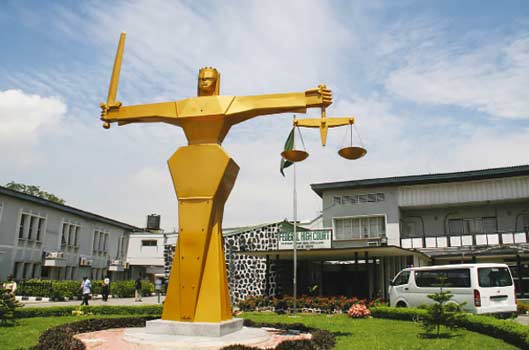 An Iyaganku Chief Magistrates’ Court in Ibadan on Wednesday, ordered that a 78-year-old woman, Oluyemi Ajani and  Dasola Orolade,  50, be remanded in Abolongo Correctional facility, Oyo, for alleged kidnap attaempt.
The police charged Ajani and  Orolade with conspiracy, attempted kidnap and threat.
Chief Magistrate Emmanuel Idowu did not take the plea of the suspects due to lack of jurisdiction.
Idowu directed the police to return the case filed to the Oyo State Directorate of Public Prosecution, (DPP).
He, thereafter, adjourned the matter until Feb. 15, for mention.
Earlier, the Prosecution Counsel, Sgt. Iyabo Oladoyin told the court that the woman and others at large, on Nov. 3, 2021,  at about 1 p.m in Alakia , Wema axis, Ibadan, attempted to kidnap some people, using an Ash- coloured  Toyota Corolla with Reg No: APP 695 GK
She said the offence contravened the provisions of sections 86(1) and 516 of the Criminal Code Cap 38 Vol.II, Laws of Oyo State 2000.
(NAN)