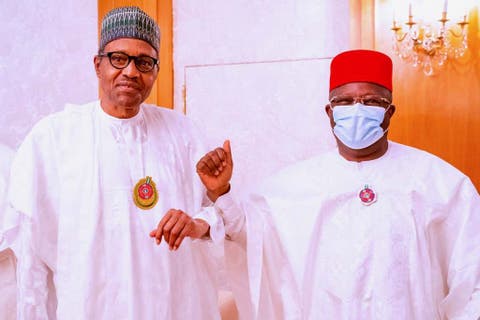 Gov. Dave Umahi of Ebonyi on Thursday said that his administration would fight corruption to a stand-still, if elected president in 2023.
Umahi said this while addressing a crowd of All Progressives Congress (APC) members and supporters at the Christian Ecumenical Centre, Abakaliki.
The crowd was at the centre to welcome him after his visit to inform President Muhammadu Buhari about his presidential aspiration.
He told the people that the cardinal thrust of his administration, if elected president, would be to fight corruption, build infrastructure and deepen the nation’s economy.
He said that corruption was stiffling the nation’s economic growth.
According to him, there will be no meaningful progress until the leadership of this country sat in a round-table to chat the way forward.
Umahi said: “It is time for the leaders to sit down in a round-table. This is the time to repent and build a future for our children and grandchildren.
“It is not about Mr president, it is not about the governor. The led have a lot to do.
“It is a question of turning away from our sinful ways and turning away from self and knowing that it is appointed unto man to die but once, after that judgment.”
He said that his administration would focus on how to deepen the gains made by Buhari’s administration.
He further said that he would devote more efforts towards improving other critical sectors of the economy, if voted into office.
The governor also spoke on his meeting with the president, saying he re-echoed the recent appeal by the Igbo leaders for the president to pursue political solution to the activities of the proscribed Indigenous People of Biafra.
“I went and I saw the father of the nation and the leader of our great party, APC.
“And let me announce that the president, leader of our party and lover of Ebonyi, will be coming to Ebonyi in March.
“It is going to be a historic visit and Ebonyi will never be the same thereafter,” Umahi said.
He reaffirmed his belief in one indivisible, united Nigeria, where fairness, justice and equity would reign.
“Let nobody be afraid of Nigeria’s president of Igbo extraction.
“Igbomen are builders, we are not destroyers and it is my position and that of South-East governors that anybody found disturbing the peace of the zone should be crushed,” he said.
The governor gave assurance that the ongoing projects initiated by his administration would not suffer setback because of his presidential project. (NAN) 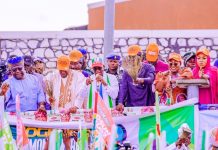 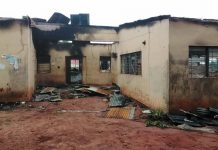 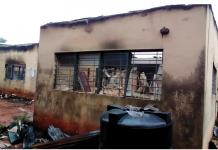