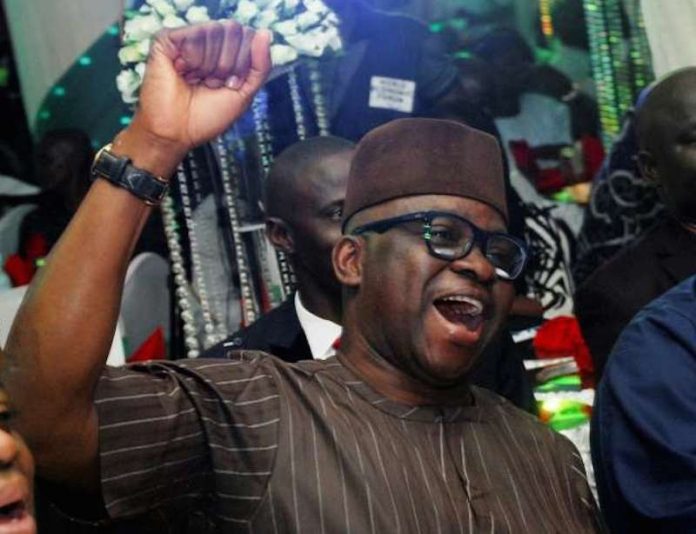 The group described as worrisome “the antics and desperation of Fayose to smear, gaslight and destroy everyone he perceives as not supporting his narrow political plot to capture and sell the PDP governorship ticket in Ekiti State.”

EPIC in a statement made available to the press by it Public Relation Officer, Dada Banji, wondered why Fayose who is not an aspirant, has become “extremely desperate to corner the PDP governorship ticket.”

While urging the PDP NWC and governors’ forum to call Fayose to order, the group said, “the latest attempt by Fayose through his propagandist and fake news purveyor, Lere Olayinka, to smear Makinde and the new NWC must be condemned by all.

“Why is Fayose jittery and desperate?; Why is he using his social media boy to attack Gov Makinde and the new NWC? Why is he accusing others of conniving to support an aspirant in Ekiti when he is the one who has been going around begging some governors for help, including his alleged secret deals.

“It is also on record that Fayose has not responded to the allegation by a group in the troubled APC that he is deliberately working on fielding a weak candidate for the PDP as a compromise with Gov Kayode Fayemi.

“We know that Fayose will stop at nothing in his wicked antics and campaign of calumny, but we cannot understand why a man who has boasted of being in control of over 800 delegates is suddenly crying foul over 531 ad-hoc delegates.

“While Gov Makinde was the saving grace during the PDP Convention last year when the controversial Ekiti delegates list was almost rejected, unfortunately, the same Fayose has now turned around to accuse Makinde of plotting against the Ekiti PDP State executives.

“But we are happy that every hidden conspiracy by Fayose is getting revealed to the people and that more party members are getting to know his unholy secret plans by the day,” the statement added.