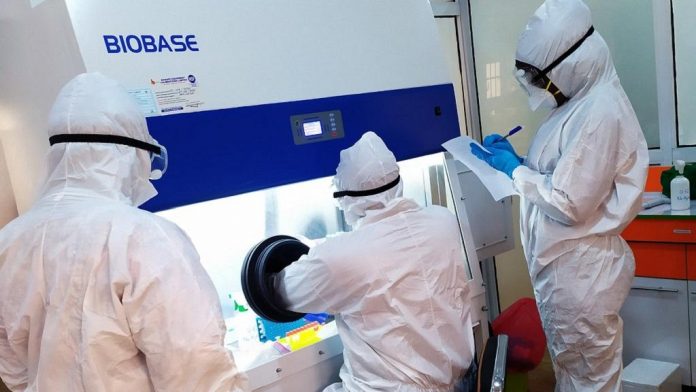 Nigerians have been expecting the establishment of vaccine manufacturing labs in the country,
not just for the COVID-19 pandemic, but an overall supply chain to tackle other ailments.

Immunisation is considered to be one of the greatest health interventions to prevent diseases.

According to the World Health Organisation (WHO)/UN Children’s Fund (UNICEF) estimates, global immunisation
coverage of children is at least 80 per cent for the six Expanded Programme on Immunisation (EPI) vaccines against
diphtheria, pertussis, tetanus, polio, measles and tuberculosis.

However, there are inequalities in access to newer vaccines for the COVID-19, Haemophilus influenzae B (Hib), rotavirus, pneumonia and Human Papilloma Virus (HPV)
between developed and developing countries.

In addition, there are many poverty-related diseases for which vaccines do not exist, due to lack of research and development by the industry.

According to health experts, local manufacturing of vaccines can be an effective and sustainable strategy to address some of the health issues in the country, but must be undertaken with planning and caution to ensure sustainability.

They added that establishing local vaccine manufacturing concern is not necessarily cost effective; however, vaccines should not be seen purely as commodity, as factors such as national health security needed to be considered.

The establishment of a vaccine policy by the country will also assist the nation in identifying how and when to consider local production.

The recent discovery of new COVID-19 variants has further increased the uncertainty about the end of the pandemic.

The African continent imports 99 per cent of the vaccines its population uses and the dangers of this have magnified during the COVID-19 pandemic, as political and capitalistic forces outside the continent left African countries without adequate supplies of life-saving vaccines.

Following a rallying cry from public health leaders for vaccine manufacturing, the Africa Centre for Disease Control launched the Partnerships for African Vaccine Manufacturing in
April 2021, which has a long-term vision of building up the vaccine manufacturing capacity across the continent so that 60 per cent of all vaccines used on the continent will be
produced in African nations by 2040, with interim goals of 10 per cent by 2025, and 30 per cent by 2030.

According to President Muhammadu Buhari, Nigeria is working toward developing a COVID-19 vaccine as the country battles growing cases of the virus and 45 Omicron variant detected
since it was announced by the Nigeria Centre for Disease Control (NCDC).

Buhari said that government was working very hard with the Ministry of Health to develop vaccines, stressing that “we shouldn’t make noise about it until we succeed.”

Meanwhile, it can be recalled that in 2017, Nigeria’s cabinet approved a plan to produce basic vaccines with pharmaceutical firm May & Baker Nigeria via a joint venture, even though it is
unclear whether the project has started or not.

The Minister of Health, Dr Osagie Ehanire, then said that the COVID-19 pandemic has brought a rude awakening of how import-dependent the country has been when it comes to pharmaceuticals, vaccines and other critical commodities.

Ehanire said “developing and supporting capacity to begin indigenous medical industry is a national security issue, to not only protect our citizens but also mitigate capital flight from importation of vaccines.”

The minister said that the Federal Government was working with an indigenous private pharma company to make Nigeria a vaccine manufacturing hub for West Africa and beyond.

The Minister of State for Health, Sen. Olorunnimbe Mamora, also confirmed that the country was working toward establishing a vaccine-manufacturing hub within two or three years, depending on the availability of funds.

Mamora, who acknowledged that “vaccine manufacturing is not done in a jiffy,” added that “we had engagements with some of our international development partners and funding partners toward developing our vaccine manufacturing hub. It’s a joint venture project between the Federal Government and an indigenous pharmaceutical company.

“The timeline is a function of how soon we get funding. We have to source funds through international agencies, as well as technological support. So, we are looking at the next two to three years.”

Meanwhile, following the announcement by the Ministry of Finance on the disbursement of N10 billion to Federal Ministry of Health in January 2021 for the development of COVID-19 vaccine in the country, the Joint Committee scheduled a meeting for clarification of the funds.

Dr Ibrahim Oloriegbe, the Chairman, Senate Committee on Health, said the meeting was to discuss to see that what was released was in line with what was already there for preparing the country for all other vaccines’ arrangements.

He, however, advised that it was for the interest of Nigerians that the fund was released for the intended purpose.

According to Prof. Oyewale Tomori, the Chairman, BIOVACCINE Nigeria limited (BVNL), the major bottleneck to vaccine manufacturing in the country is internal.

He said “commendable progress was made by BVNL with both national and international partners.

Recently in the country, Innovative Biotech Limited based in Keffi, Nasarawa State and the United State of America, signed a deal with Merck of Germany, a German Biotech firm, for local production of vaccines in Nigeria.

The Vaccinologist, Dr Simon Agwale, said that the local vaccine manufacturing initiative which his company, Innovative Biotech Limited, was constructing in partnership with Merck of Germany would boost the country’s capacity in combating emerging global diseases.

Agwale, who is also a virlogist, disclosed that the prospects of the deal, the end-to-end vaccine development and manufacturing capacity that will be built will enable Nigeria to handle the current pandemic, and future epidemics/pandemics.

He added that “the facility will also be used to produce vaccines for national programmes on immunisation; create an attractive platform for global vaccine companies to localise
production and drive distribution and market share growth across the region.

“The initiative will support the response to disease outbreaks and scale up the deployment of experts in the Nigeria, and also train scientists in the country on vaccine development and other vaccine-related activities. This strategy will bring the needed knowledge base economy to the country.”

The vaccinologist added that the project would strengthen the supply and distribution channels and cold chain systems in the country and other African countries. 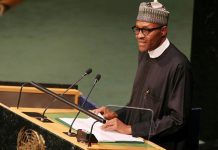