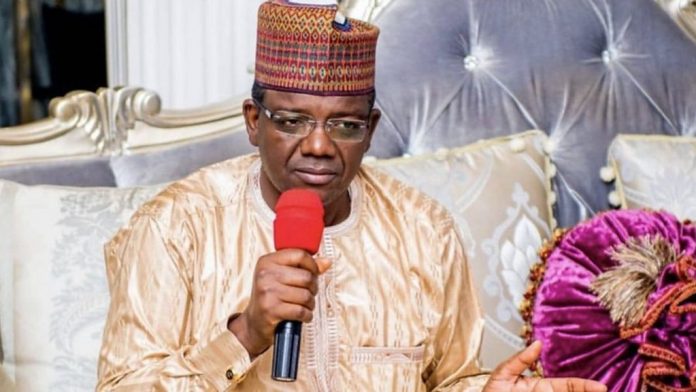 The bandits, in their large numbers, were said to be fleeing from Zamfara State as a result of ongoing military operations, when they invaded the villages in the Anka and Bukkuyum local government areas of the state.

According to survivors of the attacks, the terrorists killed over 200 villagers and set many houses ablaze, forcing scores of villagers, who managed to escape, to flee and remain missing.

A survivor, who gave his name as Mohammed Kurfa, said trouble started when vigilantes in the villages tried to confront the terrorists, who have been designated terrorists who were fleeing Zamfara State with cattle numbering not less than 3,000.

According to Kurfa, the vigilantes engaged the terrorists in a gun battle, leading to the invasion.

Another survivor and resident of Bukkuyum, Abubakar Ahmed, who spoke to The Associated Press, said the attack, which started on Tuesday went on till Thursday.
They killed people from 20 years and above – Ahmed

Corroborating Ahmed, another survivor and resident of Anka Aliyu Anka, stated, “They killed people from 20 years and above.

“Some have been buried, some were burnt and we are still looking for bodies.”

But another survivor, Mallam Mohammed Sani, told Saturday PUNCH that the terrorists were still around and refused to allow families of the affected people to bury their dead.

“We made several attempts to evacuate the dead bodies for burial but due to the presence of the bandits who have invaded the areas, we could not go,” Said Sani.

Sani lamented that there were no presence of security operatives in the affected villages, making the villagers to continue to flee their homes.

When contacted on Friday, the State Commissioner of Police Commissioner, Ayuba Elkana, told Saturday PUNCH he was compiling the number of those who were killed during the attack.

Commenting on the inability of the villagers to evacuate and bury their dead, Elkana said it was dangerous to go to those areas due to heavy presence of the terrorists who he confirmed were in large numbers.

“Nobody will risk his life to go to those areas because the bandits are there in large numbers,” he said.

Also, the Commissioner for Information, Zamfara State, Ibrahim Dosara, told AP that government was awaiting more information about the incident, including the number of casualties.

He disclosed that a military aircraft had been deployed along with security forces as a manhunt for the attackers continued.

Dosara, however, blamed informants for the persistent attacks.

“One of the serious problems is that we have a lot of informants getting information to these people (the terrorists. The moment you strategise, the moment the enemies also strategise”

Terrorists have held Zamfara and other North-West states by the jugular, killing, maiming, kidnapping for ransom and rendering hundreds homeless in relentless attacks.

As part of measures to tackle the problem, Zamfara in September adopted some drastic measures, including the shutdown of telecommunication services, while military attacks were unleashed against the terrorists.

The Federal Government, in November last year, obtained a court order to declare bandits as terrorists so that full military might could be deployed against them.

With the designation of the bandits as terrorists, the Attorney-General of the Federation and Minister of Justice, Abubakar Malami (SAN), on Tuesday, said the Federal Government was ready to deploy Super Tucano fighter jets against bandits.

The military had been reluctant to deploy the aircraft outside the North-East because of the conditions attached to the sale of the aircraft by the United States, which was anchored on human rights.

But the AGF said on Tuesday that the coast had become clear to deploy the Super Tucano aircraft against bandits in the North-West and North-Central, following the court order declaring them as terrorists.

Meanwhile, Nigerians have called for improvement in security in the region.

On Twitter, Umar Yahaya, said, “What we needed in Zamfara at the moment is coordination and sincere commitment from the side of the state government.

“The truth is that FG had deployed enough troops to tackle the situation,  state government has a  poor coordination mechanism, it’s not always about fuelling patrol vehicles.

“We need to improve on reporting and intelligence gathering. These terrorists are not ghosts, their movement, logistics and supplies can all be traced. Government should coordinate, support and protect vigilante services and local spy network. Traditional institution is a key stakeholder here.”

We must provide necessary weapons for military, says Senate President

Meanwhile, the Senate President, Ahmed Lawan, has vowed that the Nigerian Armed Forces would continue to get special appropriation under his watch, for the provision of necessary weapons to tackle insecurity.

He stated that this had started in 2021 and similar thing was done in this year’s budget, vowing that the trend would continue.

The Senate President said this was to encourage the military in view of the huge sacrifices they were making to protect the country’s territory and citizens.

Lawan spoke at the Jumat prayer held at the National Mosque in Abuja as part of events for the Armed Forces Remembrance Day.

He said, ‘’My message to the Armed Forces is that we are with you; we are going to support you all the way; when I say we, I speak as an administrator and as a Nigerian.

‘’We know the enormous sacrifice that the Armed Forces of Nigeria has been making to protect the territorial integrity of our nation, and also to fight against the various forms of insecurity across the country.

‘’As legislatures, we are for you, it is imperative that we should support the Armed Forces through appropriation and any legislative intervention that would enhance their performance.

‘’We would continue to support the Armed forces working with the executive arm of government. So far,  we have done this in a very special way, we  gave them special appropriation in the supplementary budget of last year and in the 2022 appropriation that the President signed last week. We are going to continue with that trend. ‘’

He urged Nigerians to pray for the military, adding that it was a duty they owed them for laying down their lives for the stability of the country.

Lawan said, ‘’Every single Nigerian must pray for the success of our Armed Forces. What they do is possibly the most patriotic job any Nigeria can do. When someone can sign off his life for the country, what else can we do for them? As they fight we must ensure we provide them with the kind of weapons they need and those who are not in position to provide anything should pray for them.’’

The spokesman for the Marafa faction, Bello Bakyaauwa, described the allegation against Gusau as baseless, careless and irresponsible.

Bakyaauwa said, “We read with dismay the reckless and wild allegations made by one Yusuf Idris who presented himself as Zamfara State APC Publicity Secretary associating the state of insecurity with a ‘retired general’ who owns 70 per cent of the mining sites in the state.

“For the record, we the members of Senator Marafa-led APC faction seek to be counted out of this madness.

“Our faction, under the chairmanship of Sirajo Garba Maikatako, categorically condemns the allegation and considers it baseless, careless and irresponsible.

“This baseless allegation comes from Governor Bello Matawalle’s APC faction that depends on blackmail, propaganda and witch-hunt to survive.

“We are obliged by statements like this to call on the media to do well by indicating clearly the faction of APC from where they sourced the content of their publications.

“For the record, Zamfara State so far has three factions of APC, namely:  former Governor Yari-led faction; Senator Marafa-led faction; and Governor Bello Matawalle-led faction, in the order of their formation since the lingering crisis that characterised the party from 2019 till date.” 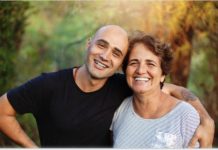 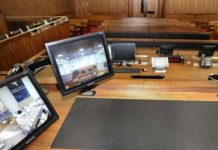