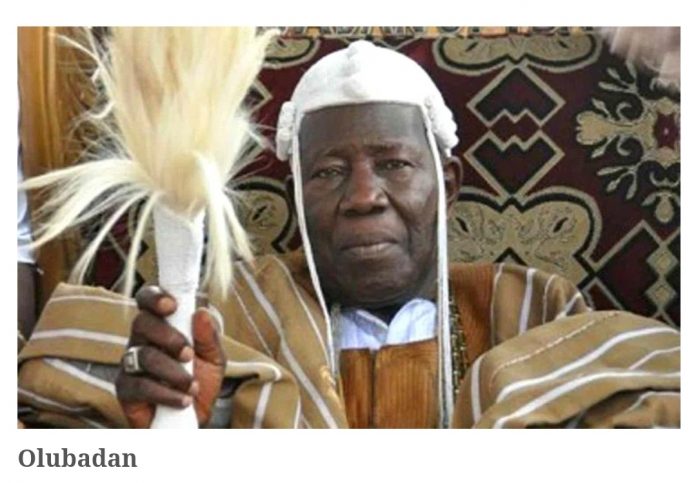 Former President Dr. Goodluck Ebele Jonathan has commiserated with the Government and people of Oyo State over the death of the highly reverred Monarch, the Olubadan of Ibadanland, Oba Adetunji Saliu, who passed on at the age of 93.

The former President in a condolence message to the Government of Oyo State and the people of Ibadanland expressed sadness over the exit of the monarch, describing him as a renowned leader and king who had the interest of his people at heart.

He said: “Olubadan was a compassionate and sagacious traditional ruler who served as a worthy custodian of the custom and culture of his people.”

According to Dr. Jonathan, the late monarch will continue to “be remembered for the way he channelled his wisdom and energy towards the growth and development of Ibadanland, serving as a sage and moral compass in his domain.”

The former President noted that Olubadan will be missed not only in Ibadanland, but across the country,  because of his considerable contributions to the growth of the society.