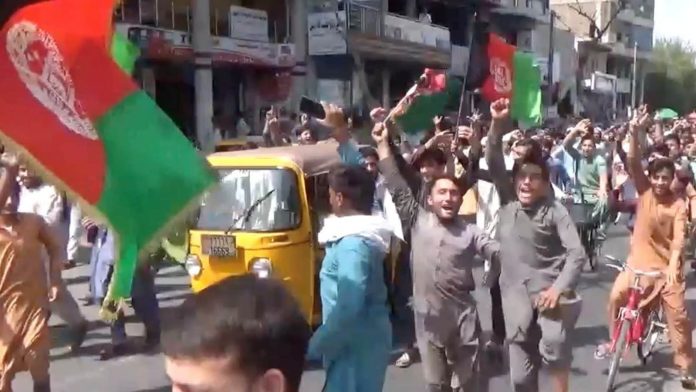 UNICEF launched its largest-ever single-country appeal today to urgently respond to the humanitarian needs of over 24 million people in Afghanistan, half of whom are children.

UNICEF said in a statement that its appeal for 2 billion U.S. dollars will help to avert the imminent collapse of health, nutrition, WASH (Water, Sanitation and Hygiene), education and other vital social services for children and families.

Since the takeover of Afghanistan by the Taliban in mid-August and the formation of the Taliban-led caretaker government on Sept. 7, the country has faced economic problems.

The statement said that “the humanitarian situation continues to deteriorate in Afghanistan.

“There are alarming disruptions in health and nutrition services, a disastrous food crisis, drought, outbreaks of measles, acute watery diarrhea, polio and other preventable diseases, as well as the crippling onset of winter.”

Alice Akunga, UNICEF Afghanistan Representative, was quoted in the statement as saying that the current humanitarian situation in Afghanistan is dire especially for children.

Akunga said Winter has already set in, without additional funding UNICEF and partners will be unable to reach the children and families that are in urgent need.

“As families struggle to put nutritious food on the table and health systems are further strained, millions of Afghan children are at risk of starvation and death.

“Others struggle to access water and sanitation, are cut off from their schools and are at heightened risk of violence. As the desperation of families and children increases, UNICEF is doing everything possible to save and protect children.”

The UNICEF estimated that one in two Afghan children under five will be acutely malnourished in 2022 due to the food crisis and poor access to water, sanitation and hygiene services, according to the statement.

UN agencies, aid organizations and a number of non-governmental organizations are racing against the time to deliver life-saving aid and supplies to crisis-hit Afghans ahead of winter. (Xinhua/NAN)