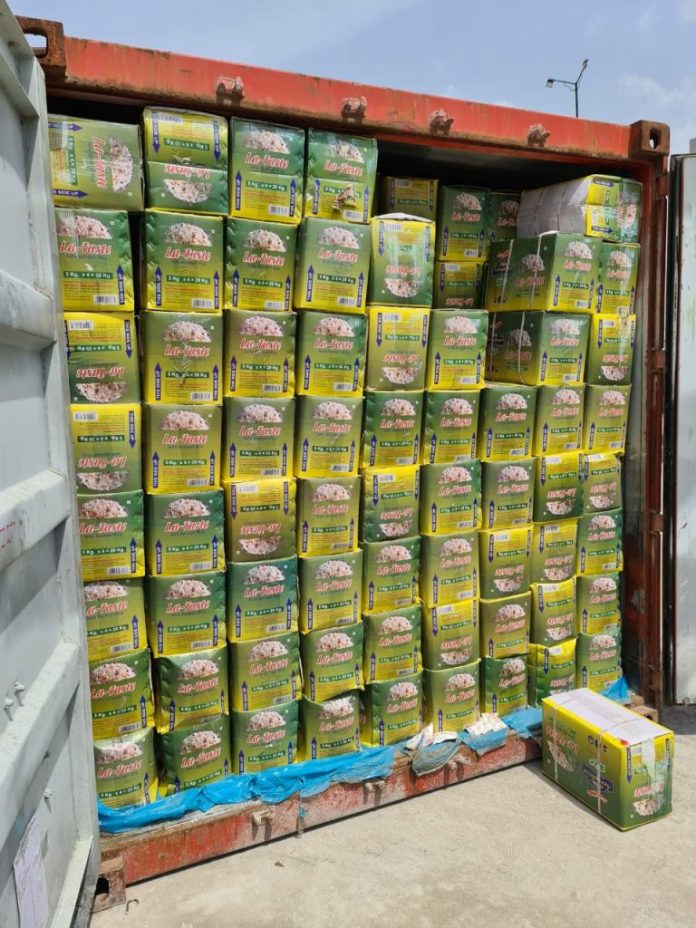 The Nigeria Customs Service (NCS) Apapa Area Command has recorded a seizure of 97 containers with a Duty Paid Value (DPV) of N7.8 billion between January and November.

The Customs Area Controller (CAC) of the command, Comptroller Malanta Yusuf, made this known in a statement signed by the Public Relations Officer, Deputy Superintendent of Customs, Abubakar Usman, in Lagos on Tuesday.

Yusuf pointed out that the command recorded a seizure of 13 containers with duty paid value of N285 million in November.

“These were seizures made based on clear contravention of sections 46, 47 and 161 of CEMA (Customs and Excise Management Act) Cap C45 LFN2004,” he said.

Yusuf noted that the command would not sacrifice proper examination on the altar of trade facilitation, and that its officers would not relent in sharing intelligence to alert the system on false declaration even after examination or release of falsely declared items.

“Concealments will always be unveiled through the use of forensic manifest management system and synergy with other sister agencies in the port.

“We appreciate our compliant traders for keeping to the rules of engagement on import and export procedures by adhering to the dictates of import/export guidelines.

“We will like to warn perpetrators of illegalities that our officers are always vigilant to uncover any form of unlawful trade.

“Let me reiterate our resolve on meticulous examination of all cargoes coming in and out of Apapa port to curb the menace of illicit trade,” he said.

He urged importers of non prohibited items to make sincere declarations, pay accurate duty and get required permits to avoid losing their investments and facing prosecution.

Yusuf also said the Apapa Area Command had collected N89.7 billion as revenue for November, the highest monthly collection by any command of the NCS.

“Also, the command’s revenue profile between January and November stood at N784.8 billion,” he said.

He noted that this feat was as a result of improved synergy between agencies, enhanced trade facilitation, speedy dispute resolution and prevention of revenue leakages.

He said the command remained resolute in its resolve to contribute to the actualisation of the agenda of Comptroller-General of Customs, Col. Hameed Ali (Rtd.) in the area of increased revenue collection and non compromise for smuggling. (NAN)