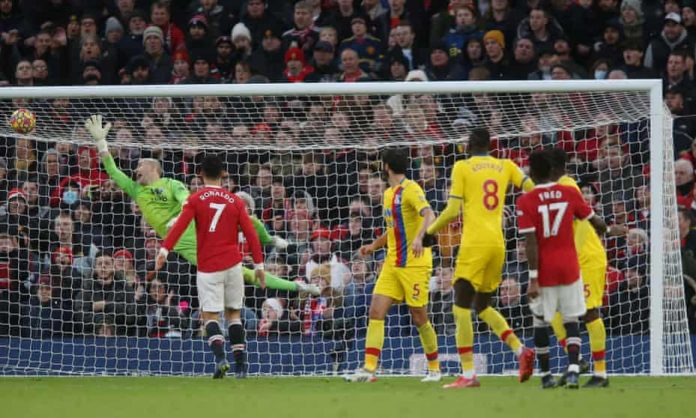 “We love you Rangnick, we do,” sang the Stretford End towards the end of a game in which Fred was the unlikely hero of a deserved win for the interim manager, Ralf Rangnick, in his first game in charge.

The winner was a smooth mid-range finish from the maligned Brazilian – with his lesser-used right foot – and derived from a cute pass from Mason Greenwood, on for Jadon Sancho, who had been United’s best performer.

Fred displayed a poise in front of goal that had been absent as what began as a promising display became one that meandered after the interval. Moments before Fred’s goal, United had a heart-stopping moment when James Tompkins’ knockdown from Tyrick Mitchell’s corner was hit wide by Jordan Ayew from a tight angle but with David de Gea’s goal gaping.

Now United are four matches unbeaten, three of them victories, and have the ideal result for Rangnick to start his tenure.

The German’s opening XI was an if-it-ain’t-broke-don’t fix-it selection that retained those who beat Arsenal 3-2. This was an intriguing move due to the structural problem Rangnick had identified – a lack of control in matches, which he stated was glaringly evident in the chaotic victory here on Thursday.

The counter-view would run that Rangnick was citing a problem with style rather than personnel and that keeping the side was smart management as the same players were handed a first chance to impress.

The 63-year-old’s thinking became clearer at kick-off as the 4-2-3-1 of the previous regime was jettisoned for a 4-2-2-2 that had Marcus Rashford and Cristiano Ronaldo positioned ahead of Bruno Fernandes and Sancho.

Palace’s 2-0 dismantling of Manchester City in October proved Patrick Vieira can plot eye-catching wins and there was an early warning when Wilfried Zaha slipped in Christian Benteke, who was flagged offside.

This, though, was as good as the first half got for Palace. If a shaky defence and absentee midfield are the prime factors in United struggle for control, attack is the bright spot, as illustrated via the constant forward surges from Diogo Dalot, Rashford, Fernandes, Alex Telles, Sancho and Ronaldo.

When the last of these floated on to Fernandes’s ball he unloaded at Vicente Guaita’s goal and claimed a corner. A curving Victor Lindelöf chip was next to turn Palace, with Rashford collecting and feeding Ronaldo, whose effort Guaita saved.

In a flurry of action, Ronaldo missed a header, Sancho mopped up, turned back to Fred, and he let fly straight at Tomkins. There were sustained United forward patterns that will please Rangnick. Ronaldo did then connect with a header he teed up for Fernandes whose attempted finish was powder-puff. Rashford pinged the ball to Fernandes and it ricocheted to Ronaldo but as the No 7 was cramped for space Palace escaped.

United were looking like exactly what they are: a team whose confidence is gathering, with Sancho’s effervescence sparkling the brightest.

Rangnick had asked Sancho and Fernandes to be fluid and the former flitted around to weave play or test Guaita. His energy was also evident when it came to closing down the visitors.

Was there more of this under the man nicknamed “the godfather of pressing”? Yes, is one answer, certainly in the opening phases. But such was United’s ascendancy there had been little cause for the ploy when the second half started.

A Fernandes blast over from 20 yards showed how composure was required from United. They still dominated, though. A foray from Benteke which ended with De Gea clutching his cross was a rare moment of Palace pressure. Then, after a melee close to United’s area, Craig Pawson awarded a free-kick, the referee adjudging Fred to have fouled. Conor Gallagher swung this in and Cheikhou Kouyaté jumped highest but his header was deflected out.

Sancho – inevitably by now – sparked United when a lay-off had Rashford barrelling in on Guaita’s goal, Gallagher on hand to help crowd the forward out, yet this was Sancho’s final action as Rangnick’s brought on Greenwood.

If this seemed odd, Telles tried to twist the match United’s way with a free-kick on an angle along the right that beat Guaita but not his crossbar. There had been a dissipation of quality from Rangnick’s men, an aimless back-to-front pass that sailed to safety from Lindelöf summing this up.

But then came the winner, and though Palace strived for an equaliser, by the end the lesser-seen Donny van de Beek and Anthony Elanga were on the pitch: perhaps hints as to where Rangnick wishes to take United. 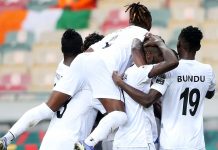 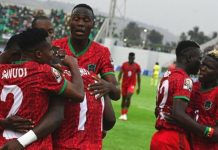 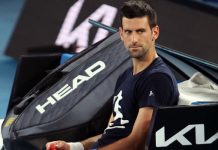