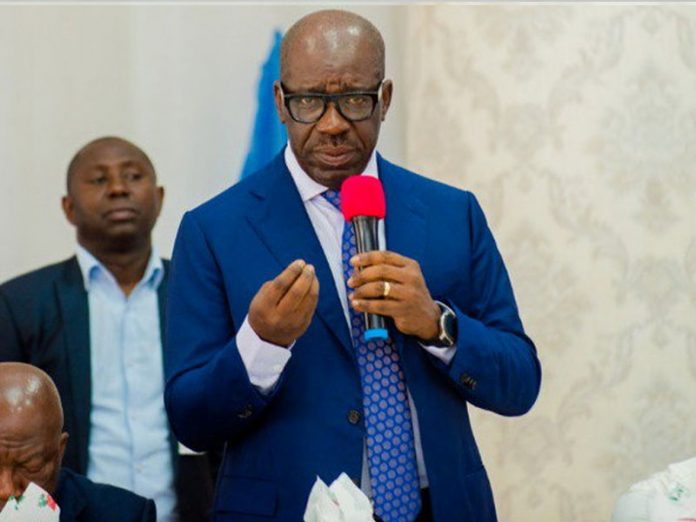 Stakeholders in the Liquefied Petroleum Gas (LPG) sector have called for targeted policies to attract more investments to the sector to maximise Nigeria’s gas resources for national development.

The stakeholders noted that despite its huge potential, the sector was being plagued by poorly regulated retail market, shortage of LPG storage facilities, inadequate infrastructure, logistics inadequacies, insecurity and forex crisis.

The theme of the conference was, “Market Growth and Fiscal Regulations: Rethinking the LPG Supply Gaps Amid the Challenging Regulatory Environment.”

Edo Governor, Mr Godwin Obaseki, said Nigeria had a proven gas reserves of about 206TCF and it was imperative that the country made critical decisions that would enable industrialisation and economic growth through gas.

Obaseki, represented by the state’s Commissioner for Mining, Gas and Oil, Mr Ethan Uzamere, said the value and investment to the sector could be increased with the right policies and regulatory framework.

He said the Edo State government recognised the importance of gas and was harnessing it for electricity supply through the Ossiomo Power Plant, which was currently supplying power to government buildings and street lights in Benin City.

Obaseki said: “Given this impressive statistics, work to scale up the project is currently ongoing. We are planning on selling power to clients who are willing to buy.

“By this initiative, we have put in place a policy that will drive ease of doing business and opening up the space for investors to come in and invest and ensure the growth of the market.”

Also, Lagos State Commissioner for Energy and Mineral Resources, Mr Olalere Odusote, said the setting up of the Ibile Oil and Gas Ltd. by the government was aimed at maximising the benefits of the sector.

Odusote said the government believed that a gas-powered economy would offer an array of opportunities, especially in the area of job creation and power supply to the people.

He said the government was also working towards addressing safety issues in the sale, supply and distribution of LPG and would enforce standards in the business.

Mshelbila noted that the declaration of the Year 2021 to Year 2030 as the Decade of Gas by the Federal Government was aimed at monetising Nigeria’s gas resources for the benefit of the people.

Represented by Mrs Sophia Horsfall, Manager, Corporate Communications and Public Affairs, NLNG, he said the completion of the NLNG Train 7 project would also deepen gas utilisation in the country.

Mshelbila said the Train 7 project was expected to ramp up NLNG’s production capacity by 35 per cent from 22 million Tonnes Per Annum (MTPA) to around 30 MTPA.

He said the project would form part of the investment of over 10 billion dollars, including the upstream scope of the LNG value chain, thereby increasing dividends and taxes accruing to the government.

On the domestic supply of LPG, he said the NLNG had increased its allocation to the market from 350,000MTPA to 450,000MTPA, adding that the completion of the Train 7 Project would further improve supply.

Mrs Audrey Ezigbo, a former president of the Nigerian Gas Association (NGA), said there was a close linkage between the performance of the oil and gas sector to the nation’s economy.

“Gas is set to play an increasing role if we can optimally harness the available opportunities for its development and domestic consumption.

“We need to leverage on our gas resources as a tool for economic development and advancement and LPG can be our potential game changer,” she said.

Ezigbo said the passage of the PIA was a welcomed development to LPG stakeholders but its implementation was even more critical going forward.

She noted that there was a high level of investment needed to stimulate the LPG market, which required specific policy interventions targeted at attracting investments in key infrastructure.

In his address of welcome, Mr Nuhu Yakubu, president, NLPGA, said the conference was an avenue for stakeholders to align their thoughts on how the industry could progressively make an impact on Nigeria’s and Africa’s economy. (NAN)