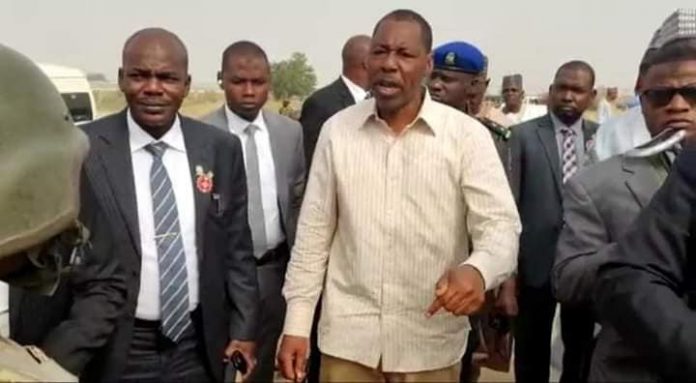 Gov. Babagana Zulum of Borno has begun a five-day official visit to southern part of the state to inaugurates 22 completed viable projects.

This is contained in a statement by Malam Isa Gusau, Senior Special Adviser to the governor on Media and Communication Strategy, on Wednesday in Maiduguri.

Gusau said the projects including schools and healthcare facilities would be inaugurated in Bayo, Hawul, Shani and Kwaya Kusar Local Government Areas of the state.

He said the governor’s visit was also expected to strengthen security formations in the affected local government areas.

The governor’s aide said that some of the projects included the newly established Mega Technical Secondary School, a community secondary school and a primary school, designed with over 100 classrooms.

“Gov. Zulum arrived Biryel, Headquarters of Bayo LGA on Tuesday evening and passed the night there.

“On Wednesday; the governor kick start his commissioning of projects from Bayo.

“As a key component of his trip, the governor will interact with heads of military and volunteer formations as part of his usual approach to identify immediate needs and strengthen security measures in communities of Southern Borno.

“The governor is expected to inspect completed palace projects and allocate some to district and ward heads,” he said.

According to him, the governor is accompanied in the visit by Sen. Ali Ndume (APC – Borno South), members of the National and State House of Assembly, and Alhaji Ali Dalori, State Chairman of the All Progressive Congress (APC), among others. (NAN)