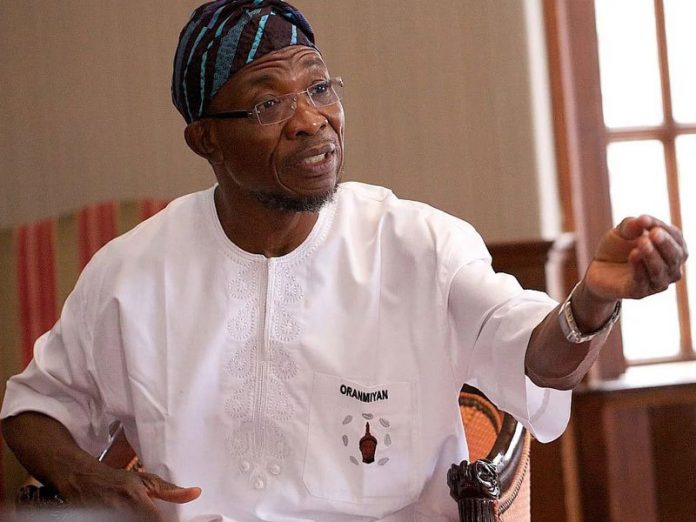 The Federal Government has said that it has tightened grips on the processes for the procurement of the Nigerian Passport.

Speaking at the weekly Presidential Media Briefing, at the Presidential Villa, Abuja, on Thursday, Minister of Interior Mr Rauf Aregbesola said the new measures will make it impossible for non-Nigerians to obtain the document.

He noted that a new digital platform will soon be launched to eliminate physical contact and cut down on the timeline for obtaining the document.

Aregbesola said “the reform is to ensure that it become easier for an elephant to pass through the eye of the needle than for non-Nigerian to hold the Nigerian passport”.

He said to further tighten the procedure for obtaining the Nigerian passport, the Nigeria Immigration Service (NIS) has introduced the inclusion of the National Identity Number (NIN) as part of the new security measures in the passport adding that this will further prevent those who are not entitled to the travel document from obtaining it.

Aregbesola added that the present Nigeria passport is one of the most secured travel documents in the world stressing that from 2019 to date, 2,782,216 million passport booklets have been produced by the government while 2,742,207 million booklets have been collected.

He disclosed that the Federal Government would soon procure local facilities to begin the production of the Nigerian passport to prevent future scarcity.

The minister said in the last 12 months, the ministry has procured 600,000 passport booklets to address the issue of scarcity.

Speaking further on the performance of the ministry of interior, Aregbesola said in 90 days, biometric offices would be opened across the country to reduce physical contacts during passport processing.