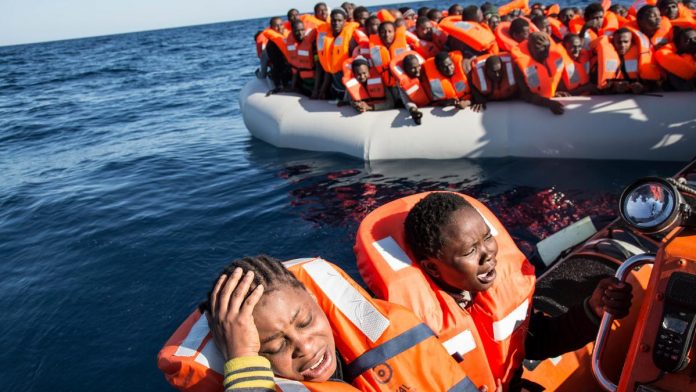 Multiple small boats carrying  348 migrants attempting to reach Britain were rescued from distress at sea in the English Channel at the weekend.

French rescue ships and two military helicopters were employed in more than 20 separate rescue operations near the French port of Calais, the Maritime Prefecture announced on Monday.

Three people were reportedly taken to hospital suffering from hypothermia and other injuries.

One operation involved evacuating five migrants from a sinking boat by helicopter.

Those rescued were taken to the French ports of Calais and Boulogne-sur-Mer.

So far this year almost 16,000 migrants have been rescued from distress at sea while attempting to cross the Channel, significantly more than in previous years.

A similarly large number is believed to have successfully made the crossing.

Illegal immigrants are a thorn in the side of the British government, who introduced a new, rigid immigration system after Brexit.

London and Paris recently agreed to step up their efforts to monitor illegal Channel crossings.

“It’s a trial of strength with the British government, who cannot continue to impose its rules on us while at the same time being incapable of regulating its own labour laws,’’ she added, referring to the ease of working in Britain illegally.

At the same time, more action must be taken against people smuggling, Bouchart said.

Currently, around 2,000 illegal immigrants in Calais were hoping to cross the Channel to Britain, for which criminal gangs charge up to 7,000 euros per person. (dpa/NAN)