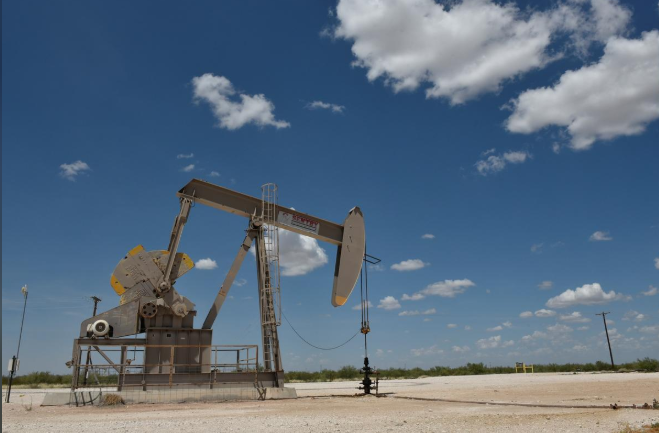 When Anthony Stimler left Glencore Plc in August 2019, he had two big secrets: For a dozen years, he’d paid millions in bribes to African officials and intermediaries. And he was now helping a U.S. Justice Department investigation into the company and numerous former colleagues.

Corruption isn’t exactly unheard of in the extraction and trading of commodities, especially in the developing world. But details of Stimler’s cooperation deal, obtained from the U.S. attorney’s office in Manhattan and which haven’t been reported before, offer a rare opportunity to see how it works — the scale, scope and almost routine nature of such transactions.

One aspect is the role of intermediaries, often favored by governments in the region. The so-called briefcase companies act as conduits for traders’ bribes to officials, taking a cut and directing state business back to the traders. Glencore was a dominant player in Nigeria, Chad, the Republic of Congo and Equatorial Guinea, and says it no longer uses intermediaries as part of a revamped and cleaned-up operation.

“An issue that comes up with trader corruption is agents and intermediaries in the mix,” said Alexandra Gillies, an adviser at the Natural Resource Governance Institute, which seeks to stamp out corruption in emerging market resources. “Clearly it’s the top modus operandi for how these schemes work.”

Glencore of Baar, Switzerland, is one of a handful of firms that dominate global trading of oil, fuel, metals, minerals and food, middlemen who buy from producers and sell to refiners who turn the goods into finished products. It traces its roots to a company co-founded in 1974 by Marc Rich, a legendary trader and financier who fled the U.S. in 1983 to evade prosecution for trading with Iran during the American hostage crisis. It had $142 billion in 2020 revenue.

Before getting caught, Stimler spent years in the game, beginning as early as 2007. And while it sounds like a hard-core business, he offers a mild-mannered profile. Affable and polite, he’s known in his London Jewish community by the Yiddish nickname “Hershy” and served on the board of Camp Simcha, which helps sick children. He took a two-year break in the middle of his tenure to care for his own child, who suffered from leukemia (and subsequently recovered).

His confession in July to foreign bribery and money laundering charges, the first ever by a Glencore trader, makes clear that he knew just what he’d been doing — and that he didn’t act alone. A lawyer for Stimler declined to comment for this article, as did Glencore. Stimler is out on bail in the U.K. and awaiting sentencing at a later date.

“When I made requests for payments to intermediaries, I was aware that other Glencore traders who worked with me were doing the same thing by directing our intermediaries to make bribe payments to government officials,” Stimler told a federal judge in New York, according to a transcript of his guilty plea. “I intended that a proportion of the payment to intermediaries operating in Nigeria were to be passed on to Nigerian state-owned oil company officials. The purpose of the payment was to influence those officials’ decisions regarding the Nigerian government’s allocations of crude oil cargo.

“Your honor, I knew what I was doing was wrong and unlawful,” he continued. “I’m extremely remorseful for my conduct.”

It was conduct that was, nonetheless, handsomely rewarded.

Over a two-decade career that began in 1998, Stimler, now 49, rose through the ranks of the storied Swiss trading house, becoming head of its West African oil trading desk. He presided over a robust expansion of its crude flows and a nearly-doubling of his desk’s annual profits to nearly $200 million in 2017, according to people familiar with internal data.

In that same year, 2017, prosecutors from the Justice Department’s kleptocracy team filed a case in Houston to seize nearly $145 million worth of assets — including an $80 million, 215-foot yacht called the Galactica Star, a $50 million Billionaire’s Row apartment in New York and homes in California — that it said were purchased for the benefit of Nigeria’s oil minister, Diezani Alison-Madueke, with embezzled funds.

Prosecutors said two associates of the minister set up companies shortly after she took office and were awarded contracts to sell large allotments of oil on global markets. The pair were awarded dozens of crude cargoes worth about $1.5 billion, according to the prosecutors. Nigeria received little of the proceeds of those sales, which prosecutors say were diverted for Madueke and her associates.

One of the primary trading houses that stepped up to buy those cargoes, according to prosecutors: Glencore.

They say that over the course of 2013 and 2014, Glencore bought 15 cargoes totaling 7 million barrels from the men, paying more than $800 million. Of that, they contend, roughly a third — $272 million — was diverted into an account at a Nigerian bank used for the purchases for Madueke.

In assembling the case, prosecutors amassed evidence including bank records, emails and witness testimony. At least one recorded conversation showed that the minister worried about the scale of the graft. She chastised one of the associates that such high-profile purchases would attract the attention of authorities.

A court filing in Stimler’s case makes reference to a “Foreign Official 1,” a high-ranking Nigerian from 2010 to 2015, who had demanded and received bribery payments. According to people familiar with the matter, Madueke is Foreign Official 1. Lawyers for Madueke didn’t respond to requests for comment.

As prosecutors in the Houston case were going through the effort to seize the homes and yacht, Glencore received a Justice Department subpoena in July 2018 for documents related to Glencore’s business in Nigeria, the Democratic Republic of Congo and Venezuela dating back to 2007, according to a company disclosure at the time.

Just over a year later, Stimler left Glencore, a move wrongly viewed at the time as part of an executive shake-up following the departure of Alex Beard, Glencore’s longtime head of oil trading and mentor to Stimler, according to a person familiar with them. It was around that time that Stimler began cooperating with prosecutors.

Now Glencore and some of its executives face the prospect of steep fines and prison in a far-reaching investigation of tactics in numerous countries and commodity markets. U.S. authorities pursue such cases because, though they involve events in other countries, the payoffs were made in dollars that pass through the banking system in New York. Other major countries are also increasingly targeting commodity trading. U.S. authorities have gotten increasingly aggressive in enforcing laws against foreign bribery, imposing billions of dollars of fines against companies. Under the Foreign Corrupt Practices Act, prosecutors can calculate fines based on how much a company sought to benefit from paying bribes, and then double the amount in imposing the penalty.

Glencore says it’s a changed company and is cooperating with prosecutors. It reserved a $216 million charge in the first half of the year for costs related to a specific element of several investigations it is facing.

Gary Nagle, Glencore’s new chief executive, told reporters on a conference call in August that the company has adopted new compliance rules intended to eliminate illicit conduct, and that every person mentioned in Stimler’s case has been disciplined or left the firm. The company is also reducing its business in high-risk jurisdictions, and no longer works with middlemen.

Glencore makes billions of dollars every year buying and selling commodities — above the money it makes digging metals, pumping crude or harvesting crops. In 2020, the company enjoyed its best trading ever, making $3.3 billion in earnings before interest and taxes, up 41% from the previous year despite the impact of Covid-19 on the global economy.

Stimler’s guilty plea and the deal he cut with prosecutors will rattle fellow colleagues – and the company itself – as the Justice Department investigation continues.

The cooperation agreement requires him to disclose his and all his colleagues’ activities relevant to the case, and agree to testify before a grand jury for the investigation and even serve as a government witness should any cases go to trial. He appeared by videoconference from the U.K. during his plea hearing, during which he told Judge Kevin Castel of Manhattan federal court that he’d been assisting the Justice Department for more than two years.

Stimler has implicated seven others, including at least four Glencore traders, in making bribe payments, and authorities say the scheme started before him. One person named was a top African oil trader at Glencore dating back to the 1990s, Stimler’s superior during his early rise there, according to people familiar with the matter; another worked with him on the West African oil trading during the latter part of the scheme, the people said.

While Stimler began bribing in 2007, often using coded language in emails, the payments appear to have accelerated during Madueke’s time in office, according to the court documents. Stimler agreed in late 2013 to pay more than triple the usual fees to an intermediary company that would be passed on as bribes for favorable grades and loading dates of Nigerian oil, his guilty plea says. Three months later, he and a colleague made another $500,000 payment to be eligible for additional Nigerian cargoes. Stimler “requested and received approval” for a Glencore subsidiary to make the payment, prosecutors said, without specifying who granted it.

Later that fall, he received another request, saying Foreign Official 1 was seeking $300,000 per month from customers of Nigeria’s national oil company, in connection with an upcoming election. Stimler authorized the payment, according to prosecutors.

Madueke left office in 2015 and has been living in London. She has been charged with corruption by Nigerian authorities but has so far successfully evaded extradition, and she is under investigation by U.K. authorities as well. The yacht, the Galactica Star, has since been auctioned off. Its new owner is a shell company called Paxford Ltd., and it has been renamed Illusion. It was last seen docked on the coast of Sardinia, according to Bloomberg ship tracking data.

In May, Nigeria’s national oil company released its new list of trading partners for the coming year, coveted contracts to buy its oil and sell it refined gasoline. Glencore was not among them.
Source: Bloomberg 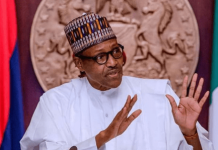 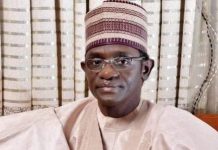 APC, Buni And The Birthing Of A Truly National Party, By Johnson Momodu