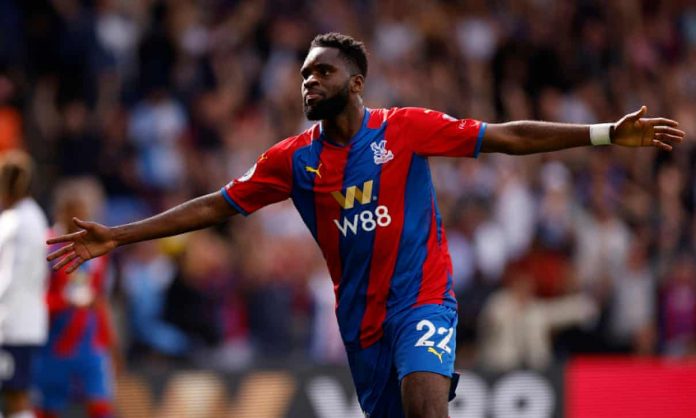 How Patrick Vieira must have savoured this victory. Six games into his tenure at Crystal Palace, a brilliant performance inspired by Wilfried Zaha ended Tottenham’s 100% start to the season and perhaps gave a glimpse of what the former Arsenal captain might be capable of as a manager.

Japhet Tanganga’s dismissal early in the second half for two reckless challenges may have ultimately decided the contest although Spurs can have no complaints after being outplayed. But while Nuno Espírito Santo will be scratching his head over this strangely lacklustre performance from his side, Odsonne Édouard’s two goals on his debut – including one with his second touch – rounded off the perfect afternoon for his opposite number with a first win.

“It’s a dream start for him,” admitted Vieira, who maintained his record of never having lost a home Premier League match against Spurs. “We have been playing some good football but that win will give us confidence. We have learned a lot and there is still more to come from this team.” Tottenham’s unblemished start to the new campaign may have surprised even the most die-hard of supporters but the absence of Son Heung-min and Davinson Sánchez following the international break meant this was always going to be a real test of their credentials under Nuno.

Having secured only their second point of the season in a spirited comeback against West Ham, Palace were clearly in the mood despite the early kick-off as Vieira named an unchanged side with a trio of new signings – Will Hughes, Michael Olise and £14m striker Édouard – on the bench. While Nuno handed £25m new right-back Emerson Royal his debut, the Spurs bench looked inexperienced by comparison as Harry Winks started in midfield and Lucas Moura replaced Son after he picked up a calf injury on international duty.

With Sánchez required to quarantine after travelling to South America last week, there was further blow to the visitors’ makeshift defence when Eric Dier limped down the tunnel early on after clashing with Jordan Ayew, although Dier will not have thanked Hugo Lloris for the pass which led to his injury.

Joe Rodon was brought on to partner Tanganga in central defence as Palace sensed an opportunity to go on the attack. This was the second successive match that Vieira’s side had faced the league leaders having also lost to Chelsea on the opening day and was also their fourth game of the season in London – not exactly the easiest introduction to Premier League management. But there were positive signs here that Vieira’s influence is growing as his side dominated possession in the first half.

The excellent Conor Gallagher came closest to breaking the deadlock just before the break following a period of sustained Palace pressure. Having failed to muster a single shot, Nuno sent his players out five minutes early for the second half. “The perspective was to improve,” he admitted. “But it didn’t happen.”

Instead it was Palace who picked up where they left off in the first half and Lloris was grateful to see Gallagher’s volley deflect wide. The turning point came when Zaha lost his temper after being taken out in full flight by Tanganga, with both receiving yellow cards. It could easily have been worse for the Ivory Coast international, who appeared to raise his hands towards the Tottenham defender’s face during the melee but escaped further punishment.

Tanganga’s misery was completed when he was shown a second yellow card within two minutes for a needless lunging challenge on Ayew. Nuno responded by withdrawing Winks for Ben Davies as Tottenham were forced to dig in with their third central defensive partnership of the afternoon.They could do nothing about a brilliant cross from Tyrick Mitchell that eluded everyone in the 74th minute, although there was no one at the back post to apply the finishing touch.

The home fans did not have to wait long for their big moment, however. In another incident to forget for Tottenham’s defenders, Davies inexplicably handled Gallagher’s cross, allowing Zaha to convert from the penalty spot. Édouard received rapturous applause when he replaced Christian Benteke with seven minutes to play and Zaha’s welcoming gift was to supply an inch-perfect cross from the left for the Frenchman to slide home just 28 seconds later. His second in injury time only made it sweeter for Vieira. 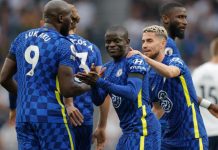