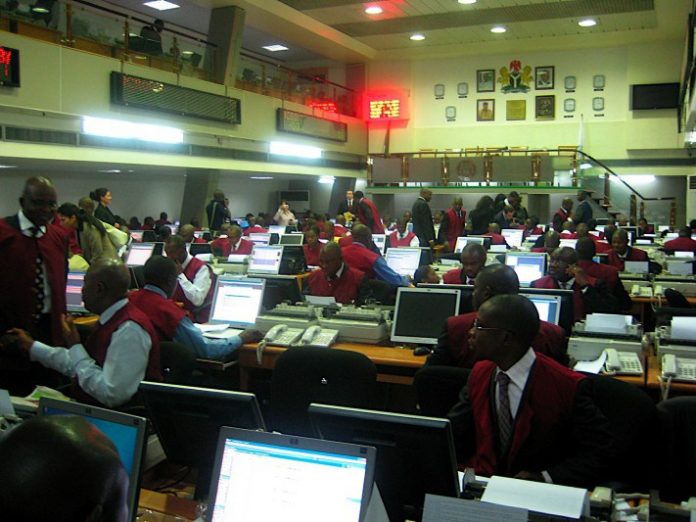 Accordingly, month-to-date gain stood at 2.3 per cent, while year-to-date loss moderated to 2.0 per cent, respectively.

The bearish performance was buoyed by investors’ profit-taking sentiment in all the major sectors except the industrial sector that was unchanged.

A breakdown of the activity chart indicates that market breadth closed negative with 18 losers and 16 gainers.

Academy Press led the losers’ chart in percentage terms by 9.76 per cent to close at 37k per share.

Conversely, Capital Hotels and Eterna dominated the gainers’ chart in percentage terms with 10 per cent each to close at N3.19 and N6.82 per share, respectively.

Morison Industries followed with a gain 9.74 per cent to close at N1.69 per share.

This was in contrast with a turnover of 196.81 million shares valued at N1.45 billion exchanged in 3,881 deals on Tuesday.

Transactions in the shares of Sovereign Trust Insurance topped the activity chart with 48.38 million shares worth N11.17 million.