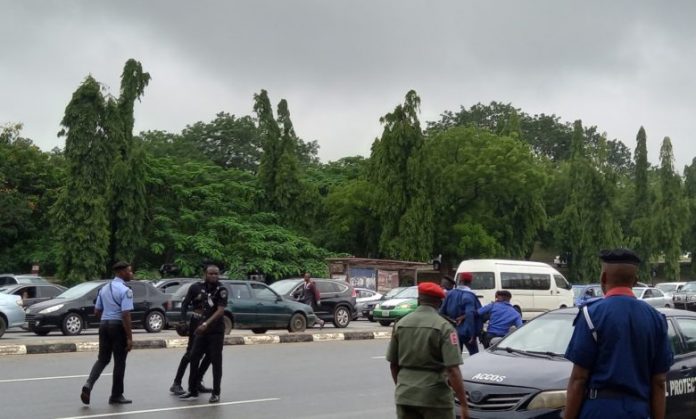 A former presidential candidate, and founder of an online news agency ‘Sahara Reporters’, Omoyele Sowore has been arrested.

The convener of #RevolutionNow came to witness the trial of the leader of the Indigenous People of Biafra, Mazi Nnamdi Kanu at the Anuja High Court.

As at the time of filling this report, the Journalist could not ascertain the reason behind his arrest.

Kanu is being charged with treasonable felony. The IPOB leader was accused of inciting violence for his agitation for an independent Republic of Biafra.

Other members of the group were also arrested by the Police. Recall that the Department of the State Services, DSS, barricaded every entrance to the courtroom.