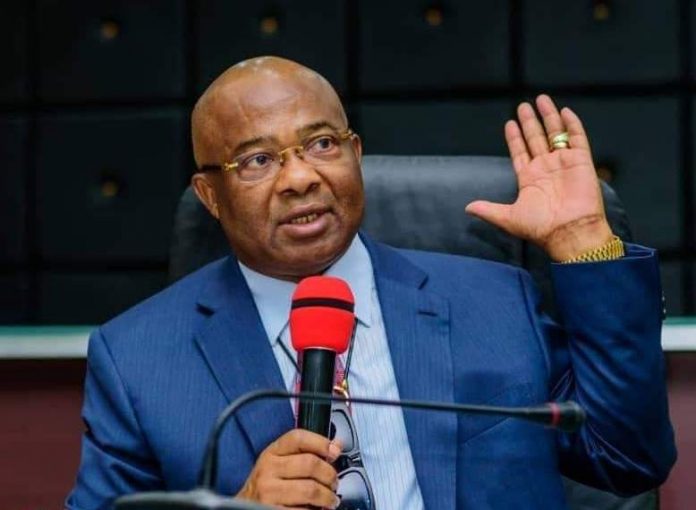 The Imo State Governor, Hope Uzodimma, said he did not become governor in order to be richer than the State, he governed.

The governor said this in his 4th Stakeholder meeting across political lines, Monarchs, Religious leaders held at Eze Imo Palace in Owerri.

Uzodimma said the Stakeholders meeting was an opportunity to brief people of the state on what his administration has been able to do and what it plans to do in the future.

He added: “I did not become Governor to become richer than the State after my tenure but to serve you in truth and with the fear of God.

“I will leave no stone unturned in my efforts to recover Imo people’s stolen wealth. I assure you that God is with us in this direction.”

The governor among other things, “Highlighted the challenges his administration faced during the one year and a half he assumed office and that the challenges include the long lockdown due to the Covid-19 pandemic and the #EndSARS crisis and of late, and very disturbing, the security challenges.

“The State has adopted some measures to arrest the untended consequences promised that with time his Government will roll out programmes to address the effect of the damages inflicted on the good people of Imo State.

“We also commend President Mohammadu Buhari for taking a personal interest in the security challenges in Imo State, a situation that has helped to promptly arrest the threat to peace. The good news is that Imo State is now safe and secure and willing and able to contend future threat, all to the glory of God.”

Some of the areas he said his administration has done some work, according to him, “The leaking roofs of the State Secretariat have been fixed, the rusty filthy environment has been cleaned up, training and re-training programmes were instituted and just recently, eleven Permanent Secretaries were appointed.”

Some of the areas he said his administration has done some work, according to him, “The leaking roofs of the State Secretariat have been fixed, the rusty filthy environment has been cleaned up, training and re-training programmes were instituted and just recently, eleven Permanent Secretaries were appointed.”

On roads infrastructure, the Governor informed “That Imo roads revolution has changed the ugly past state of roads in Imo State. This has resulted in the government of Shared Prosperity constructing or rehabilitating no less than forty-two roads across the State in the past year.

“The ongoing renovation work of the various roundabouts in the Municipal, specifically the ones at Fire Service and Warehouse junctions in Owerri that have given the State a new look.”

On Education, the Governor highlighted “the landmark achievements to include the establishment of the new University of Agriculture and Environmental Sciences at Umuagwo in Ohaji/Egbema LGA, the recovery of former Eastern Palm University (now K.O Mbadiwe University), the establishment of a new Federal Technical College in Umuaka Orlu, ongoing construction work of “305 modern classroom blocks in the 305 electoral wards in Imo State aimed at providing modern Primary Schools with the state of the art equipment for our children.” 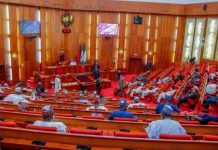 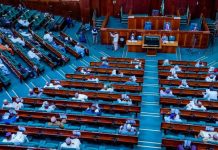 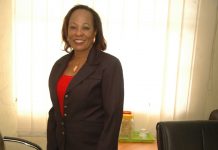