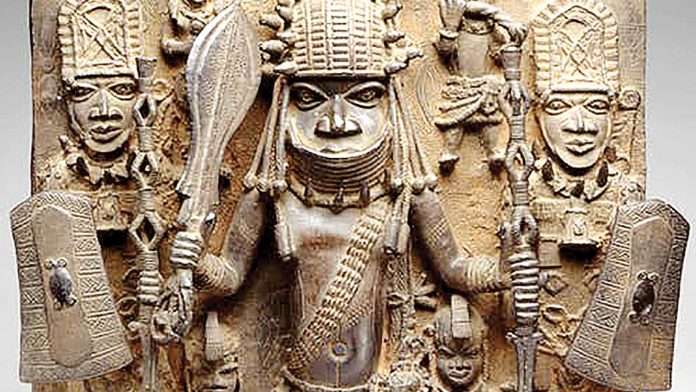 The museum’s authorities observed that one item, a brass altar figure, had probably been stolen from the royal palace in Benin City as recently as the 1970s.

Pursuit of these artefacts’ whereabouts by Nigeria authorities through researches on dusty records and old gallery brochures, makes the efforts possible.

Ancient pottery vessels, metal objects, items of personal adornment, remains of a culture among others, can be referred to as artefacts, archaeologists say.

According to them, recovering artefacts is good for the benefits of knowing about past events and provides information on how the people before us lived.

Because of the benefits of the Nigerian cultural artefacts, participants in the World Museum Day, lauded the federal government’s feat in repatriating antiquities stolen in the nation’s museums.

According to them, the government has asserted rights on all the stolen antiquities of Nigerian origin taken to different parts of the world, arguing its case in favour of why the country should get the antiquities released.

With the theme of the day: “The Future of Museums: Recover and Reimagine’’, participants note that the world has realised the importance of artefacts to sustaining cultural heritage and protect the society.

For instance, Prof. Abba Tijani, the Director-General of the National Commission for Museums and Monuments, observes that Nigeria has brought back 600 years old Ife terracotta from the Netherlands.

“In March, the University of Aberdeen, Scotland, after a year of discussions, agreed to return an important Benin Bronze to Nigeria. A few weeks ago, an Ife Bronze was brought back from Mexico.

“In May, we shall be arguing our case before an international mediation panel for the return of an Ife bronze head valued at five million dollars.

“The Ife Bronze, valued at five million dollars, was seized in London from a Belgian and is part of eight other important antiquities stolen in a burglary that happened in National Museum Jos in 1987.

“Success in this case may ultimately lead to the discovery and recovery of the other antiquities stolen in that burglary,’’ he says.

Similarly, the Minister of Information and Culture, Alhaji Lai Mohammed, also recalled that the federal government instituted a claim before the Intergovernmental Committee for Promoting the Return of Cultural Property for the return of Ife Bronze.

“This marks the first time ever that Nigeria will institute a claim before this international panel. It tells all of the importance this administration gives to art and culture.

“In January last year, I travelled to meet the Secretary of State for Culture of the United Kingdom to press our demand for the release of the said Ife Bronze head which is now kept in the British Museum.

“This meeting is part of the requirement that a demand must be made by a requesting nation and be impugned by the nation in possession. Well, soon, the matter will be resolved in favour of Nigeria. This I believe.

“Also, after vigorous pursuit, the final application which I caused to be submitted, the United States has approved Nigeria’s request under the Convention on Cultural Property Implementation Act.

“The import of this is that any cultural property that is 250 years or older can never enter into the U.S. from Nigeria unless with Nigeria’s permission.

“Otherwise, such antiquities will be returned to Nigeria from the U.S. border without the need for expensive litigations or diplomatic shuttles. We welcome such bi-lateral agreements with other nations,’’ the minister said.

He commended the German government and its museums for taking the fore-front of repatriating Nigerian antiquities, adding that they had started taking steps in this direction.

“What some of our elites treat with disregard is treated with awe and unabashed respect in the rest of the world and is a major income earner in those countries.

“For example, in spite of all entreaties, an art gallery owner in Belgium is demanding money from Nigeria to release to Nigeria an Ife Bronze head stolen from the National Museum Jos in 1987.

“This was discovered with him but now held pending resolution by the UK police. What impunity! I wonder what rule of law or equity would make one pay for what belongs to one,’’ he asked.

Stating the importance of cultural artefacts, Sen. Rochas Okorocha, the Chairman, Senate Committee on Culture and Tourism, called for the use of tradition and culture to diversify the nation’s economy.

Okorocha said that one of the problems facing the country is the inability of the relevant stakeholders to showcase arts and historical materials for tourism attraction.

He called on traditional rulers to assist the National Commission for Museums and Monuments in collating historic arts for tourism development.

Also, the Emir of Keffi, Nasarawa State, Dr Sheu-Usman Yamusa, said that the Federal and state governments should mainstream museum and heritage studies in school curriculum to boost students’ interests in tourism.

Yamusa also urged the government to make schools to visit museums once in every session to benefit from the pleasures offered by the sector.

“I call on federal and state ministries of education to mainstream museum and heritage studies as part of school curricular at primary, secondary and tertiary institutions,’’ Yamusa said.

The emir said that Gov. Abdullahi Sule of Nasarawa State had awarded the construction of a museum worth N150 million following the request to construct one in ancient city of Keffi.

Mrs Umma DamboMamman-Da, the Chairperson, Governing Board of National Commission for Museums and Monuments, said that the commission was making effort to ensure the construction of a national museum in the Federal Capital Territory, Abuja.

“As countries round the world are looking for ways to stimulate their economies, it is only natural for us to look inward as well and a veritable sector primed for this is the cultural sector.

“This brings us to the very salient point; Abuja the capital city of Nigeria has no national museum that will represent the unity of this great country

“It will also serve the purpose of showcasing our rich well-loved antiquities to foreign visitors,’’ the commission chair said.

According to her, this year’s world Museum Day presents a great opportunity to raise the conversation on the future of museums.

“It also affords the opportunity to call for acquiring an appropriate edifice in the FCT that will showcase our rich cultural heritage.

“I, therefore, humbly implore all to work towards establishing a befitting museum for the nation in Abuja,’’ she said. 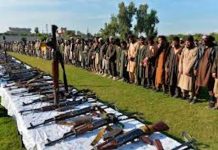 NEWS ANALYSIS: Surrendering Terrorists And The Burden Of Justice 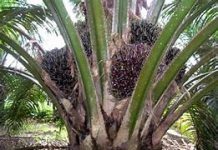 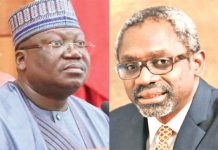