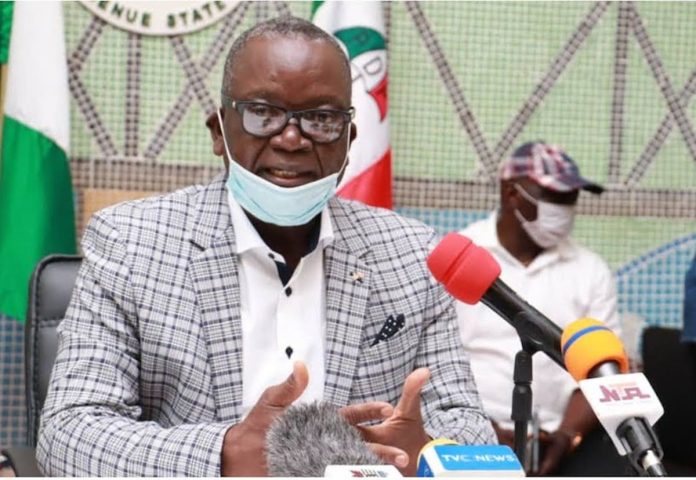 Governor Samuel Ortom’s knee jerk response to valid questions on his six-year maladministration of Benue State bears his usual vitriolic trade marks of being long on recitative rhetoric and short on logic.

The task of laundering Ortom’s permanently stained reputation garments now falls on one Nathaniel Ikyur who once functioned as a reporter in Abuja for a few national dailies but is now domiciled in Makurdi as Ortom’s “ principal” Special Assistant on media. Any discerning individual blessed with the simple ability to think will not envy Ikyur’s task. He has been saddled with the herculean responsibility of marketing an irredeemably bad or at best a substandard product. Like every job seeker, however, he must justify his pay check no matter how inadequate his output is.

It was the great Socrates who once said: “whenever the debate is lost, slander becomes the tool of the loser.” There is a dangerous trend within Ortom’s circle where it seems they have conspired among one another to demonize anybody who thinks outside their myopic horizon. For any opponent of Ortom’s tragic performance as Governor, there is a ready label. The common labels are “Buhari apologists”, “Miyetti Allah”, “crumbs eaters” “enemies of Benue”, etc.

The most annoying part for me is the idea that clearly half-educated people and sub-provincial local champions should lead opinions and recruit otherwise sophisticated people into their choir of hate. To them, it is okay for their principal to openly insult the President of Nigeria employing near treasonable words but it is a betrayal for Benue citizens to call him to account for his six-year stewardship. It is “speaking truth to power” for the governor to perpetually play the victim by singling out the security challenges in Benue as the reasons for the absence of development even when states like Borno, Kaduna, Kebbi and Zamfara, which are the epicenters of the insurgency are posting almost daily accounts of completed projects.

It is true that Nigeria has been ravaged by previously unforeseen security challenges under the Buhari Presidency. The President himself is the first to admit the frieghtening state of affairs. However, to continue basking in this reality as if the insecurity exists only in Benue State amounts to hiding behind a finger. Much of treachery, sleaze, greed, avarice and larceny have been unleashed against the people of Benue State while pulling the wool over their eyes in the name of an imaginary conflict with the President. Let it be clear that the day a rat challenges a lion to a fight is the day it decides to end its earthly journey.

Mr Ikyur seems to be excited at the President’s mentioning of his principal in passing during the Arise TV interview. He is orgasmic like a disvirgined teenager because in his head, all the rubbish they spew against the President have got to him. The President is not on their level either by his personal resume or his accomplishments in all the offices he has held.

Another worrisome dimension is the effrontery by Ikyur to mention Zulum and Ortom in the same sentence. It’s like comparing Somalia with Dubai. In two years, Zulum has delivered 560 projects. The President in a recent visit which lasted only five hours had time to only inaugurate seven. Zulum’s primary schools have university infrastructure . He has built hundreds of kilometers of roads, many hospitals, 4000 housing units, revived several industries and donated equipment to security agencies. Nobody has questioned his personal integrity. He isn’t buying up every piece of landed property from desperate orphans or destitute retirees. He isn’t killing state owned industries while propping up his private businesses. He hasn’t cornered the industrial layout in Maiduguri for himself. He is not the richest man in a desperately poor state. He isn’t owing salaries and pensions. Can Nathaniel Ikyur, in good conscience, say the same of Ortom?.

Ortom celebrates the rehabilitation of a few roads in some townships in Benue and touts these tokens as what the people should be grateful for. Recently, he brought in four governors to inaugurate a 4-km resurfaced roads in Gboko town. The joke on the street is one kilometer for one Governor. What is expected of a Local Government Chairman if a State Governor can roll out drums to celebrate four kilometers of resurfaced roads? I think the bar of governance has been lowered to minimalist levels where the mindset of the people is being manipulated to expect little or nothing from occupants of government houses.

Ortom and his hirelings dodge every opportunity to engage in dispassionate debates. They will always answer a simple question such as “what has your governor done about the poor infrastructure in the state?” with an answer such as “you are angry because you were sacked from teaching service board.” Another answer is “you are a disgruntled APC apologist.” Yet another will be “you are a Fulani agent.” Interestingly, none of these stereotypical slogans answer to the grave situation in Benue.

Nathaniel Ikyur is quick to pronounce labels on everyone who opposes Ortom. He calls such people “eaters of crumbs.” If Ikyur is being served the “main course” at Ortom’s table then one will understand. As it stands, it doesn’t seem he even sniffs the appetizers. A crumb eater at Buhari’s table is better than a starving sniffer in Ortom’s set up. The debate however isn’t about what pattern the reward system is but what every elected official has done with resources available to them. For Ortom, the resources have been regular monthly FAAC, bailout funds, budget support, Paris Club debt refunds, commercial loans, intervention funds, grants from donor agencies IGR etc.

Should Ortom be allowed to keep drumming the passage of a grazing law passed in 2017 as Benue’s El-Dorado? Is there nothing else to talk about? Can we have Ortom’s scorecard and cross match it with the resources he has recieved?

Ortom who prides himself as a crusader for justice and speaker of truth to power does not have the nerves to take questions. Since when has he elevated his personal prejudices to articles of faith to be followed by everybody? Even if he has been allowed to get away with his malfeasance so far, he should at least know that he is governing a state of very educated and cosmopolitan people.

Nathaniel Ikyur can play the Ostrich by playing up the street cards like inviting Ortom’s opponents to a popularity contest. You know that tragedy is looming the moment you begin to believe your own lines. Ikyur should please tell Ortom it is time to account for six years of stewardship and a further painful two years to follow. Enough of these litany of excuses. 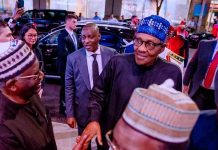 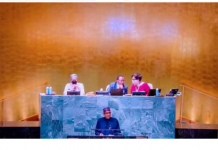