CLEAN said that such feat from Omo Ghetto pushed it over Kemi Adetiba’s 2016 comedy movie, ‘The Wedding Party,’ which made N453million , at the box office.

Observer however noted that the Nigeria Nollywood industry is creating opportunity and is currently one of the largest employers of labour aside government.

To further secure the industry and bring more productivity and profitability, Rep. Ndudi Elumelu, the Minority Leader of the House of Representatives recently organised a leadership master training for Nollywood actors and other stakeholders.

According to him, Nollywood ranks as the second largest movie industry in the world and indeed, the largest in Africa.

The minority leader noted that Nollywood industry provided over one million direct employment and business openings in the sectoral value chain, within and outside the country.

He said that Nollywood actors are the drivers of the film industry, hence, it was time to bring the much needed strategy that would guarantee the desired rebound and repositioning of the industry.

He stressed that the industry should efficiently play its roles of effectual propagation and promotion of the country’s rich national heritage, ideologies and values.

Elumelu added that the industry should also revamp the sector as an economic hub in the nation and the West African sub- region.

This according to him, resulted to productivity boost and unprecedented increase in the country’s Gross Domestic Product (GDP).

“Though there has been serious decline from the 2.3 per cent GDP contribution recorded in reports released in 2016, to 0.27 in the first quarter of 2019.

Elumelu however added that he believed that with concerted effort and cross fertilisation of ideas, the industry will rebound, adding that the industry remained a critical hub of national unity

He noted that Nigerians are passionate about movies produced in the country, which according to him is because people see their personal and shared challenges, struggles, anxieties, aspirations and achievements in the lives of the characters portrayed.

He affirmed that the movie industry, more than any other social platform, remained critical in moulding of character and modelling the trajectory of social preferences and predilections, especially among our youths, women and children.

According to him, the outside world sees our nation from the plots, settings and narratives of the movies and make decisions one way or the other from what they watch.

“It is therefore imperative that we deliberately ensure that the movies we produce project our nation in good light. We must strive to use our movies to promote those virtues that stand us out.

“Our films must deliberately promote our unity as a people as well as encourage actions that spur mutual understanding, harmonious co-existence and forcefully show our quest for peaceful society where economic and social activities thrive,” he stated

Mr Emeka Rollas, President, Actors Guild of Nigeria (AGN), said it was time practitioners build their leadership and creative capacities; this according to him would further help their work as actors and producers.

He opined that leadership sustainability in the industry through trainings and retraining were imperative to enable it grow the business to keep meeting global demands.

To Rollas, investment in knowledge can never be wasted, there is need to improve knowledge and leadership capabilities so as to be able to meet global standard.

He agreed with the fact that AGN has continued to lead in introducing new innovations to “Nollywood”, adding that the Guild has helped to nurture the motion picture industry into vibrancy and successfully evolving.

He added that this was not just happening in Nigeria, but with growing resonance in many other African countries and across the globe.

The AGN president stated that the Guild has challenges, which he said had greatly affected its inability to advocate for necessary professional welfare packages for members.

He called on the federal and state governments as well as individuals to help invest in capacity building in the motion picture industry in Nigeria.

This according to him, will enable practitioners tap into the unlimited and juicy opportunities available in the industry.

The Speaker of the House of Representatives, Mr Femi Gbajabiamila, while lending his voice to the business opportunitis in the industry, said with talent, fortitude, and extraordinary resilience, Nollywood will build a globally competitive entertainment industry.

This he said was irrespective of the unique challenges and constraints of “our environment,’’ adding that the entertainment industry in Nigeria has grown to become a cornerstone of national economy.

Quoting from 2016 Pricewaterhouse Coopers (PwC) findings, the speaker said that the film industry employed about one million workers and accounted for about 2.3 per cent ($600 million) of the country’s GDP, with over 2500 movies produced annually.

According to him, these are extraordinary numbers, yet, they fall far short of what can be achieved given the right circumstances.

To Gbajabiamila, with adequate investment, supportive regulatory environment, better training and capacity development, Nollywood will grow beyond the present dreams and surpass our highest ambitions.

“It falls to all of us, in government, in the private sector and across society to identify the ways we can help the industry reach the heights we all know is possible,” he stated.

The speaker noted that beyond the questions of economics and profit, there is the issue of the critical role of Nollywood in influencing culture, defining national character, and promoting national identity.

He stated that as actors and entertainers, Nollywood directly exert tremendous influence on the lives of hundreds of millions of Nigerians.

He said that people are daily impacted by the roles Nollywood play, the stories they tell and the realities explored in movies.

He said: “This is power and with power comes a responsibility to tell stories that inspire goodness, motivate thoughtful acts, encourage fraternity, and uplift the human condition.

“You also have a responsibility to tell the best stories of our beloved country. I do not propose to turn you into cheerleaders for a Nigeria that does not exist.

“But the stories of men and women thriving through adversity and innovating for prosperity needs to be told, and it falls on you to tell those stories,” the speaker said.

Mr Linus Okorie, the Executive Director GOTNI Leadership Centre, in his contribution, said that actors must work together to pursue a sustainable path to economic growth and better the industry through qualitative leadership.

He stressed that only leaders equipped with modern techniques can withstand the current global trends and challenges. 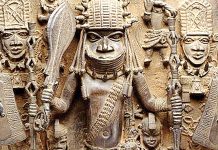 NEWS ANALYSIS: Repatriation Of Cultural Antiquities: The Intrigues And Benefits 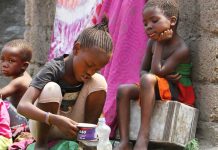 The Onslaught Against Poverty 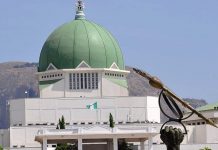