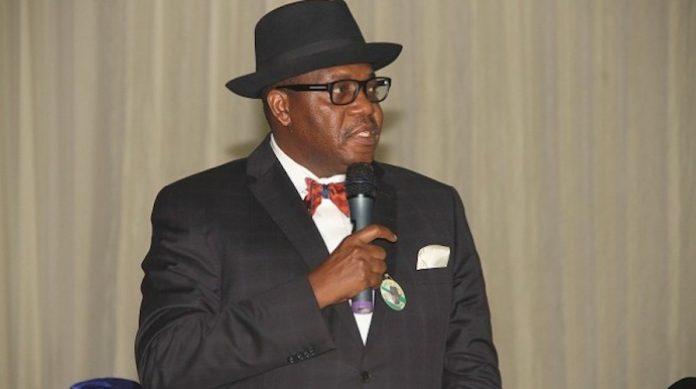 Dr. Godknows Boladei Igali is a retired public servant, diplomat, author and scholar. He served as ambassador to the Scandinavian countries – Sweden, Denmark, Finland and Norway. He also served as Federal Permanent Secretary at the Ministry of Water Resources and power. In this interview with Horatius Egua, Publisher, The Bridge News, Dr Igali spoke on how best Nigeria can be restructured.

We are presently facing a very challenging time in Nigeria. As a key member of PANDEF, are you not worried that various socio political groups in Nigeria are seen toothless bulldogs?

I want to fundamentally disagree with you and I take exception to any thought that will come from anywhere suggesting that there are gratification given to anybody. I don’t think the government is giving gratification to anybody and I don’t think anybody is receiving gratification from the government. Let me start on that note to disabuse any suggestion to that. Now, on the issue of the grave situation the country finds itself, I am a multi-disciplinary scholar, historian, political scientist and an international law expert, so I look at things from a very wide perspective. You can understand the broadness of my specialization from my award-winning book, ‘Perspective on Nation/State Formation: An Inquiry into the Origin, Survival and Tenets of Nations’. I have spent all my life studying why some nation’s survive and others collapse.
The common denominator is that no country at any given time is in a total state of peace. Every country at any given time is struggling. And, sometimes, if you turn on the television you would think that the whole world is on fire because you see riots even in places where there should be relative peace; even in places where their gross national product is high people are demonstrating. What you consider as a given normal here, in a place like Sweden or the Scandinavian countries is totally unacceptable. Every country has issues but some are more than others. There are even countries we never thought these could happen, like what happened on 6th of January in America. I don’t think there are few countries in the last century that experienced where a riotous mob invaded their parliament in the manner they did, even saying the Speaker should be killed, using four letter words on her. So, we thought this was impossible to happen in America with 245 years of democracy. So, no country is in total peace there are always challenges.
Coming to the role of socio-cultural groups. When they speak, their duty is affirmative; their duty is advocacy; their duty is to keep speaking to the conscience of the country and what they think is not correct. Mind you, when the American nation started, women could not vote until about the 1920s. It took over 200 years to keep talking. There are many issues in other countries where people have to keep talking. The bodies don’t have abilities to enforce what they do and they can’t do things outside of the law. They don’t have to tell people go to the streets and start killing people. They have to keep pressing for what they believe is right. So, whether it is Northern Elders Forum, whether it is Arewa or it is Afenifere or it is PANDEF, Ohaneze or Middlebelt Forum, these are bodies that exist rightly and legitimately to protect the interest of their people. When they talk nobody settles them. It is like you fight and live to fight again. They raise one issue and they’ll keep raising issues. Like Martin Luther King Jr said, governance does not end; you have to keep making an effort. That is why when Martin Luther started, he did not stop, people died but they kept talking. He himself lost his life, and even President Kennedy that was most liberate was even shot. You keep advocating until the right things is done. For a complex, multi-ethnic heterogenous group like Nigeria, various people have to keep on talking until we agree.

What is the position on PANDEF on the current state of kidnapping, banditry, killing and generally acts of terrorism? What are the thoughts that run through the minds of the leadership of this organisation?

When you go to the Niger Delta, you don’t seem to see the impact of the clean-up to tackle the massive environmental pollution in that area?
Ogoni clean up is something that I don’t have much information about. In the past one or two years I have not really followed much. I understand that some money has been appropriated and the contractors are doing some work. What I can say generally is that there is a big challenge about environmental remediation in the Niger Delta. What the UNEP said is that Ogoni is a microcosm, the Ogoni is like a little drop in the whole of the Niger Delta. The Niger Delta, UNEP report said, is the most polluted environment in the whole world. So, government has to look inwards into what that report said. We must also have stronger regulation on further contamination of the environment, contamination from the oil companies. Recently, there was an explosion of underwater pipeline and the oil company said, ‘maybe it’s sabotage’, but it has turned out to be that the pipes were old. These pipes were laid 30-40 years ago; the company has not changed them. Agreed there are some elements of sabotage; agreed that some people doing bunkering can touch the pipes. But there is also a large amount of old pipes that are all over the place and we need to check some of those things.
There is another sad one that is a concern to us. Recently, law enforcement agencies tracked people who are doing bunkering. When they seized what the people were refining, they puncture the tanks and pour it into the rivers. And it is environmental terrorism to do that. You take raw crude, you puncture it and pour it into the river, which is the source of drinking water, the source of livelihood. I think the security authorities, particularly the Army, the Navy and the JTF, who control these people should stop them. You can’t pollute the environment that is already in a very bad state. There are better ways of doing it. Or they go to where they are doing what they call poh-fire. Poh-fire is where they refine crude. And that is a paradox; we don’t have petrol in the country but these uneducated boys are refining crude and selling it in our filling stations, including in some NNPC stations. When security operatives catch them, they set the place in fire. If they are doing it in a place like Kubwa (a part of Abuja), from here you can see the fume, thick, black going into the heavens. Those are things that people should not do at all because they are further polluting the environment.
It has been from one controversy to the other for the NDDC. How is PANDEF trying to come in to ensure that the region does not shortchange itself?
PANDEF does not have the power to appoint a management for NDDC; it is the prerogative of the executive to appoint the governing board; it’s the prerogative of Mr President to appoint the management board, the MD, executive director finance and admin, executive director projects, the rest are civil servants who work there. And it is the prerogative of the Senate to clear them. For some time, we’ve not heard a full-time management or a board. PANDEF’s position is that as early as possible there should be a properly constituted management of the body. The ad-hoc arrangements are not the best because when there is a board, it will check the activities of the executive. The management will now have people to report to. Right now, a forensic audit is being done and we hope that it will be completed in time so that management can be properly appointed.

How is the amnesty programme faring and what can be done to further give impetus to it? 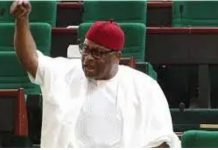 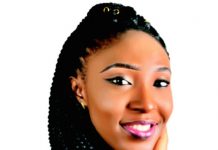