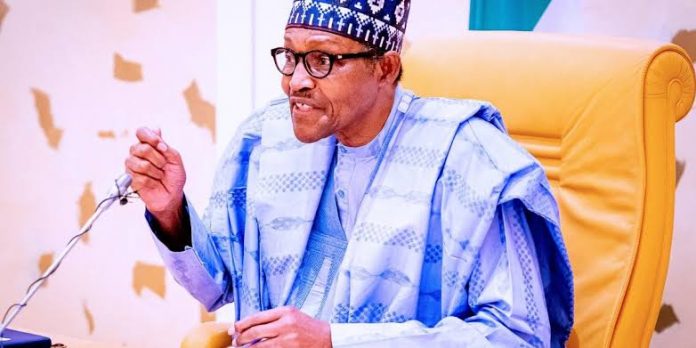 On June 12, this year, Nigeria, Africa’s most populous country and the continent’s social and economic hub, would be celebrating its “Democracy Day”, made possible through the magnitude of President Muhammadu Buhari’s (PMB’s) political will. The President had wisely picked “June 12” above “May 29”, which was observed for about two decades as “Democracy Day”, by former Chief Olusegun Obasanjo’s presidency and a couple administrations after his. May 29 ceased to be recognized as “Democracy Day” on June 6, 2019, by the instrumentality of President Buhari’s pronouncement.

Retrospectively, a confetti of encomiums was showered on the President from within and outside the country for effectuating the policy decision.  The global approbation was particularly much more significant. Buhari’s fairness in bending backwards to ensure a post-humous recognition of the late Chief M.K.O. Abiola, as the winner of the presidential election of June 12, 1993 enjoyed global validation.  The June 12, 1993 presidential contest was a watershed election, whose outcome was thought to have been permanently consigned into the dust-bin of history. Although the winner of the poll and the custodian of the people’s sacred mandate was dead, and he actually died in the custody of the Federal Government in the fight to actualize his mandate, Buhari’s post-humous recognition simply recreated, redefined and activated the spirit of June 12.

In Nigeria, politicians across the political divides, for the first time, abandoned partisan proclivities to hail President Buhari, for his historic decision to recognize and institutionalize June 12 by making it Nigeria’s Democracy Day and for conferring national honours on some protagonists of the June 12 presidential election debacle. The honours conferred on the martyrs of democracy were particularly instructive and touching.  Abiola was conferred with the highest national honurs of Grand Commander of the Federal Republic, GCFR, reserved for Heads of State and Presidents.

Alhaji Bashir Tofa, Abiola’s opponent and presidential candidate of the National Republican Convention (NRC), had eulogized Buhari for the decisions. Babagana Kingibe, Abiola’s running mate in the botched election also praised the president.  Alhaji Atiku Abubakar, a former vice president of Nigeria and presidential candidate of the Peoples Democratic Party (PDP) in the 2019 election was earnest in his comments. Read him: “As we celebrate yet another episode of the June 12 struggle, the desire for hope is more preponderant today, much as it was twenty-six years ago. So, for all true lovers of democracy, let us keep the HOPE alive”

For most Nigerians and others from across the world, who once witnessed the enormity of the debacle that occasioned the annulment of the June 12, 1993 elections with its concomitant corollary, the recognition of its martyrs and those still living, certainly attracted them in their numbers to the first inauguration ceremony by President Buhari. Remarkably, some of the African heads of states who attended included: Paul Kagame of Rwanda, George Manneh Weah of Liberia, Denis Sassou Nguesso of Congo Republic, Hage Geingob of Namibia, Macky Sall of Senegal, Mohammed Ould Abdel Aziz of Mauritania, Mahammadou Issoufou of Niger, Nana Addo Dankwa Akufo-Addo of Ghana, the late Idris Deby Itno of Chad and Yoweri Museveni of Uganda. Moussa Faki Mahamat, Head of the African Union Commission (AUC) joined other crops of diplomats and personalities who graced the occasion

To refresh readers’ memory, the late Chief Abiola of the Social Democratic Party (SDP) had emphatically secured a landslide victory against Alhaji Tofa, of the NRC, before the junta of General Ibrahim Badmasi Babangida (popularly known as IBB) suddenly annulled the electoral process.  The IBB government, in the face of local and foreign angst, said on June 24, 1993 that the reason for annulling the results was vote-buying and that during the said election, the need to protect the Nigerian judiciary, which had given an order stopping the conduct of the election was certain.  There was also a position by the then military leadership that an Abiola’s presidency was not feasible.

The election’s annulment snowballed into a protracted national crisis, leading to a long-time detention and final death of Abiola in the custody of the Federal Government.  He died while his release from detention was being negotiated. Many notable Nigerians were killed in the dilatory process of actualizing the revalidation of the annulled June 12 mandate.  The struggle for the actualization of the mandate and Abiola’s death accentuated wild street protests by Nigerians, especially the youths.

The final change of the “Democracy Day” by President Buhari on June 6, 2019 at the twilight of his first four-year tenure, also saw another post-humous recognition, where the National Stadium edifice, based in Abuja, the country’s capital, was named after the late Abiola, a sports enthusiast and philanthropist extraordinaire, who was for that feat (his huge investment in Sports especially football) named the “African Pillar of Sports”, during his life and times.

It is in the context of this recognition that President Buhari’s persona as harbouring a sportsmanship spirit became exemplified. As a friend put it: “Buhari possesses the spirit of sportsmanship as his second nature, as he saw in Chief Abiola a winner (and not a loser) even in death. The icing on the cake was that he went further to pay an official visit to the Abiola’s family, to apologise for the wrongs done to him, by the unjust annulment and irreparable death. If politics was read to it in some quarters as vote-catching gimmick, then it was a smart political move that has earned him eternal credit for continuous validation by posterity.”

While President Buhari went about the due process of righting the wrong and healing the wounds of the past that had festered, there were and are still skeptics about the worthy course. There were refrains such as: was this not the same President Buhari, who as an army General, in 1983, toppled a democratically-elected government of Alhaji Shehu Shagari and his Deputy, Dr Alex Ekweme, with the concomitant dissolution of all other national and state elective offices and the political parties? Was it not he who encouraged, by virtue of that overthrow, the successive military regimes that lasted fifteen years until the return of party democracy in 1999?

But, when the duo of Generals Buhari and Tunde Idiagbon stepped on the stage on December 31, 1983, Nigerians jubilated and shouted good riddance to the politicians. They celebrated the overthrow of the government and the political class, which they described as inept and corrupt. General Buhari’s government was largely perceived as corrective and had already defined its mission of cleansing the Augean stables of prosecuting corrupt politicians, while it was setting up a programme of returning the country to civilian rule.  The IBB’s junta and others who lusted to have their own taste of the military rule, had toppled Buhari/Idiagbon, and had clogged the wheel of progress towards democratic culture.

Now, as the 2021 edition of the “June 12 Democracy Day” celebration is just a few days away, there is justifiable sense of entitlement by the Buhari administration to being the greatest defender of democratic principles and ethos which were robustly exemplified in the beatification and canonization of “June 12” (Democracy Day).  Indeed, by the singular act of recognizing Abiola as the duly elected president, Buhari had settled a national question that would have dogged the politics of Nigeria eternally. And by conferring the highest national honours on Abiola, he had simply reinforced the bulwark of that fact of history. By giving legal garb to these two symbolic gestures, Buhari has created history and built a legacy in pragmatic, programmatic and progressive democratic culture of accommodation and pacification.

Buhari’s place in history, especially in the contemplation of the history and politics of June 12, 1993 presidential mandate, is eternally assured for posterity to continue to interrogate and validate.  The celebration of the June 12 Democracy Day is, therefore, beyond symbolism (since Abiola did not really consummate his presidency, but is now being assumed to have actualized his presidential mandate by virtue of the national holiday and highest national honour of GCFR), an eternal validation of Buhari’s significant place in the political history of June 12 and its reconstruction in final appeasement of elements who had hitherto been vexed, inconsolable and implacable.  This is giving, therefore, on the occasion of yet another celebration, kudos to PMB and to Nigerians on the essential resurrection and approbation of the June 12 spirit through the “Democracy Day” deification and the appeasement of significant stakeholders through highest National honour (GCFR) conferred on the late Chief MKO Abiola.
▪︎Mr Momodu is an Abuja-based businessman and consultant. 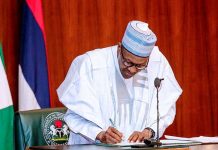 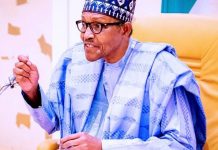 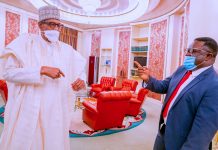