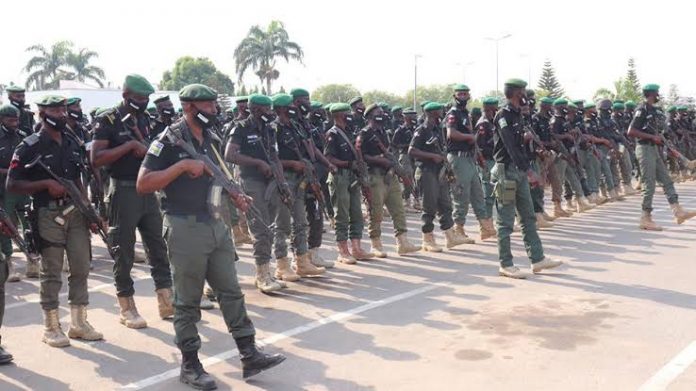 Worried by the increasing insecurity and attacks on police personnel and other public infrastructure in the South-East, the South-East Governors’ Forum on April 11, inaugurated a regional security outfit, Ebube Agu (Awe of Lion).

The government blamed the outlawed secessionist group, the Indigenous People of Biafra (IPOB) for the attacks, though the group denied responsibility for the killings and destruction of public property.

Gov. Hope Uzodinma of Imo was a victim of the attack, as his country home residence was invaded.

There were casualties while the house was also set ablaze.

The attack on Uzodima’s home, was after the killing of a man, simply identified as Ikonso, alleged to be the commander of the Eastern Security Network (ESN), a security arm of the proscribed IPOB.

Ikonso was accused of coordinating the April 5 attack on the Imo Police Headquarters, and Correctional Centre, all in Owerri.

During the attacks, 38 vehicles were burnt and 1,844 inmates freed.

To curb these attacks, the governors met in Enugu to set up an Advisory Board for Ebube Agu, after agreeing on its structure and operational modalities.

The Chairman of the forum, Gov. Dave Umahi of Ebonyi said the inauguration of the security outfit was to address the worsening insecurity in the zone.

He said the regional security outfit would work with police and other security agencies in its operations to protect lives and property in the South- East.

“We agreed on the structure and operational modalities of Ebube Agu and also set up an advisory board for the security outfit,” he said.

Umahi said the South-East governors had set the legal framework for Ebube Agu in motion, adding that the attorneys-general of the five states would propose laws to give the outfit a legal backing.

According to him, the attorneys-general and commissioners for justice in the region will work with the Joint Security Committee to come up with the amendment of the existing state laws to reflect the new Ebube Agu outfit.

He reiterated the commitments of the governors in the region to ban open grazing and urged the security agencies and the local vigilantes to enforce the ban in all states of South-East.

Mr Usman Baba, the Acting Inspector General of Police (I-G), on May 18, at the Michael Okpara Square, Enugu,inaugurated a new special operational action plan code-named “Operation RP” in the South-East.

The I-G said the inauguration of the outfit was part of efforts targeted at returning the South-Eastern region to its historical pride of place, where its people were known to be peaceful, tolerant, innovative, industrious and entrepreneurial.

He said the special operation was to engender all-inclusive security actions to roll-back the murderous attacks, violence, proliferation of weapons and other threats to law and order.

The police boss said the attacks were occasioned by the separatist agenda being heightened by IPOB and its armed wing ESN.

Baba said the activities of the group in the region had assumed an armed dimension where important political and community leaders as well as personnel and assets of the Nigeria Police, military and other security agencies, critical national infrastructure were being constantly targeted in clearly well-coordinated and premeditated manners.

According to him, this is in addition to deepening inter-ethnic prejudice and intolerance, unjustifiable inter-ethnic violence and counter-violence, loss of lives and massive destruction of property.

The I-G commended the individual and collective efforts of all the South-East governors and other critical stakeholders in the region towards supporting the police in restoring security and strengthening national unity.

He pledged that, in the coming days, the special operation would be extended to other parts of the South-East region to confront criminal elements, take the battle to their doorsteps and re-order the cherished national values in the region.

Baba said that “Operation RP” would be replicated in other parts of the country, to address peculiar crimes, including banditry, kidnapping, armed robbery, cultism, among others.

“The operation will be carried out by operatives of the Force in collaboration with the Armed Forces, the intelligence community and other sister security agencies.

“The personnel deployed have been charged to be civil with the law-abiding citizens, but firm and ruthless with criminal elements operating under any guise, who may attempt to test the collective will of the people,” he said.

Baba called for the support of the civil populace, particularly, traditional rulers, religious leaders, youth associations, market bodies, cultural associations and professionals to ensure the success of the operation.

He said with the support of all strategic stakeholders, the operation would change the current security narratives in the South-East zone.

To curb the increasing rate of insecurity in the South-East and South-South, President Muhammadu Buhari, after a security meeting, approved new security measures for the regions.

The president, however, refused to disclose the new measures, but noted that a decision was reached at the meeting not to, henceforth, publicise measures to be deployed to tackle insecurity in the country.

Speaking on how the government intends to curb the rising insecurity, National Security Adviser, retired Maj.-Gen. Babagana Monguno, said the president was looking at how to tackle drug abuse which he said was one of the major factors.

He said the government was also trying to tackle unemployment “by bringing 100 million people out of poverty.

“These enablers were discussed in details and Mr President has already given direction on how to deal with them, specifically issues of drug abuse as propellants for crime.

“How to make the criminal justice system much more effective, as well as looking at issues of unemployment, which of course, the Federal Executive Council had given approval through previous memos, on how to get 100 million people out of poverty, that was also discussed.

“Then, again, the lack of an effective crime reporting system,” he said.

He said the president had also given direction on how to effectively tackle crime by engaging the Nigerian Communications Commission.

Undoubtedly, with proper engagements with critical stakeholders and good security networks in place, the current security challenges in the South-East will  be greatly reduced. 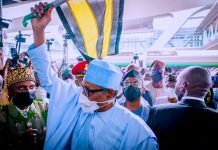 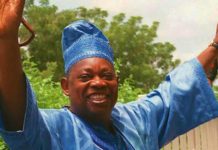 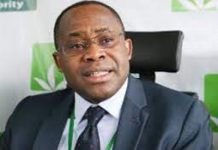