A new music project tagged OELA Project Evergreen to deliberately focus the narrative of Nigerian music on positive virtues such as integrity, courage, hard work, patriotism, leadership, service to humanity among others for national reorientation and cultural refinement will be flagged off in Lagos this month.

World Stage Limited (WorldStage), a leading media group and promoter of the project in a statement said the concept was conceived to be the biggest annual talent discovery programme in Africa, to scout and groom next superstars that will produce series of iconic conscience songs to dominate the airwaves.

The promoter said, the Season 1 of the project with the theme: ‘It’s My Life’ will feature 10 new talents from across the country who will fully participate in the production of 20 evergreen songs for the industry that is thirsty for inspiring lyrics.

According to the promoter, among the objectives of the project include changing the narrative of Nigerian music from money, semi-nude girls, alcohol, drugs, celebrating fraud, meaningless lyrics and sex to great virtues.

“Music is one of the most powerful means of communication and for shaping cultures. The challenges facing Nigeria today are products of wrong massages and values. It’s what we hear, say and do that we will become,” the statement said.

To demonstrate the world class quality expected from the project, the statement said the theme song ‘It’s My Life’ and three others songs have been recorded.

“In a collaborative format, songs will be produced through series of entertaining shows that will include dancing, tour, fashion parade, reality show, concert and documentary for global audience through our Cable TV partners,” it said.

The statement said the Season 1 will climax with an elaborate music concert in Lagos by December 2021 and feature the performance of all the iconic songs for live audience with all the glamour, paparazzi and media trappings.

Unlike most conventional shows where one winner takes all, the promoter said it will produce 10 brand new artistes who would be groomed to take on the world by storm.

The statement said some Nigerian icons and corporate bodies that abhor the music culture of lyrical emptiness have been invited to be patrons of the project.

President/CEO, WorldStage, Mr Segun Adeleye said the last decade was when the Nigerian music industry witnessed further discovery, as domestic and foreign recognitions of its potential continued to grow.

He said with $35 million revenue generated by the music industry in 2017 and the projection to hit $65 million in 2022, it is still like scratching the surface in view of the Nigeria’s population of over 200 million with youths between the ages of 0 – 14 constituting 42.54 per cent.

He said, “While preserving the amazing Nigerian beats, the project will produce a pool of iconic evergreen conscience music as inspirational contents for local radios and TV stations,” he said.

He said the project which will create jobs for the youths and attract investment into the music industry will encourage the discovery of new artists who will grow to feed the Nigerian music industry with fresh and inspiring songs.

“It will further draw local and global attention to Nigeria’s rich culture through music as business, tourism and good life,” he said.

“It will serve as a unifying event for promoting synergy between the various players including artists, corporate sponsors and government.”

Meanwhile, Lagos State Government has pledged to collaborate with WorldStage for the success of the project.

Responding to an invitation for Governor Babajide Sanwo-Olu to be a patron of the project, Lagos State Government in a letter dated March 30, 2021 signed by Adesegun Ogundeji for the Permanent Secretary, Ministry of Information and Strategy, said the ministry “is ready to collaborate in ventilating the concepts, ideas and programmes that might be put in place to assist in addressing the matter.”

The project is coming as Governor Babajide Sanwo-Olu on Wednesday, May 5, 2021 inaugurated a Richard Mofe-Damijo headed committee on Film Production Empowerment to fund youth creativity and entertainment activities in the state, following the disruption caused by the spread of Coronavirus (COVID-19) that impacted negatively on entertainment and tourism in the state.

The nine-member committee, comprising five industry practitioners and four government officials were selected to drive the governor’s vision to actively support youth creativity and entrepreneurship in the sector. 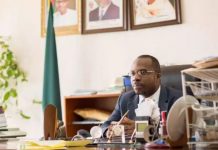 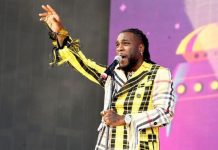