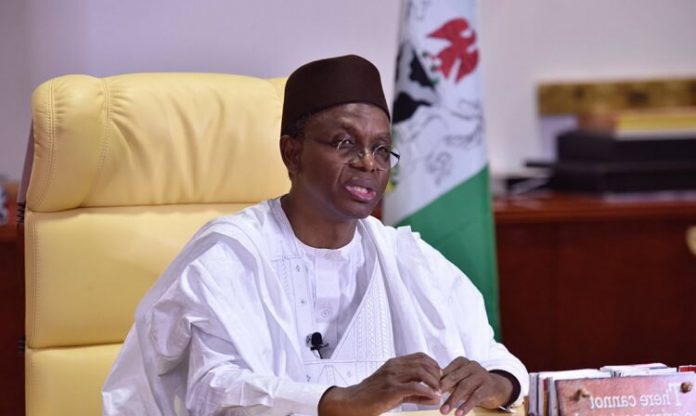 The scale of infrastructural development projects executed so far under the Mal. Nasir El-Rufai-led administration in Kaduna State is undoubtedly unprecedented. Expansive road projects, audacious remodelling of markets and public places, deliberate and unambiguous urbanization is taking place in the northern powerhouse is at a rate never seen before. This was the kind of change Kaduna residents wanted going into the 2015 election. It is not just the magnitude of these projects which is very impressive, but the outsized quality as well; we are witnessing jaw-dropping bridges being built to open up old communities and districts, every rebuilt road being fully fitted with pavements and walkways, precast drainages, culverts and solar-powered street lights. A modern Kaduna is being constructed in every sense of the word.

In a 2015 article I wrote, I made a joke about the late Sardauna returning to the Kaduna toll gate and being able to find his way straight to his Arewa House residence. I believe that wouldn’t be easy for the premier were he to return today. Kaduna is gradually transforming into an urban city deserving of its status as the capital of northern Nigeria. The Kaduna State Urban Renewal Project launched by Governor Nasir El-Rufai in 2019 has become the final piece in the building process towards long desired but very elusive development. Building on reforms carried out in the early days of the administration, this is indeed the gamechanger in the quest to “Make Kaduna Great Again”.

The campaign slogan isn’t often well contextualized. Kaduna used to be a dynamic representation of what Nigerian life in the good old days was like. Unfortunately, successive administrations failed to push the state to its full potential, leading to a less than ideal state of affairs by 2015.  Consequently, residents and indigenes like me bought into the el-Rufai “Make Kaduna Great Again” agenda which was first put forward during the election campaigns. The pragmatic leadership of the former minister of the F.C.T is now putting Kaduna back on the map, but for the right reasons. With ramped-up socio-economic activities borne from the rapid urbanization of the state as captured in the Kaduna State Infrastructure Master Plan (2018 – 2050) and evidenced in the amount of reconstruction going on in the state, it’s apparent to even the casual eye that Kaduna is bustling with life and economic activities at record levels.

Of course, the process has been gradual but if you draw parallels with building a skyscraper, the building blocks for the modernization of Kaduna began to fall into place early in 2015 with policies fortified by data. Less than six months into office, the administration formed the Kaduna State Bureau of Statistics and conducted the General Household Surveys. The surveys revealed gaps in basic data required to measure the State’s performance on its quest to actualise the Restoration Master Plan (RMPF). Quickly, the data revealed the need to reduce the size of governance in the state, optimising finite resources and showing the urgent need to focus on human capital development.

As a matter of fact, until in 2015, 61.8% of people in Kaduna were considered poor and incapable of securing a job in the public sector, school enrolment was very low, and the state-owned universities were plagued with frequent shutdowns. Employment into the state civil service was entwined with political patronage and failed to provide any buffer against economic shocks. To compound matters, past governments delegated their responsibilities to cronies through bloated contracts that failed to bring development. Waste and mismanagement ensured that ill-advised projects went uncompleted, were poorly maintained, or uncoordinated and failed to make an impact on the wellbeing of residents. Similarly, there was no data to track progress on projects. Requisite key indicators needed to make informed policy choices were non-existent so much so one wonders what public officials did daily. Nobody can tell using facts whether Kaduna State made any substantive progress against any of its set targets between the 90s and the advent of the El-Rufai administration.

This is why what is happening in Kaduna is commendable. Since inception, a large share of public resources – 58% – has gone towards essential services (education, health and social protection). Wide-ranging reforms were implemented that reduced recurrent spending and released scarce resources for much-needed capital projects. Additionally, given the many complex pathways that support poverty-reduction, driving economic growth, stimulating human capital development and driving private sector investment, a wide range of policies have been put in place to set Kaduna on the recovery and growth path. For example, 415km of new roads now support easier access to markets for farmers and better productivity for urban workers. Seven communities have been connected to the electricity grid and supported by solar-energy. 250, 000 farmers have also been supported with 50,000 tonnes of subsidized fertilizer with about $200 million private sector investment in agriculture including the Potato processing Plant, Vicampro Farms Limited, $120m, Integrated Animal Feed Mills, Olam International, $100m. For context, agriculture constitutes 36.7% of Kaduna’s economy. All these would not have been possible if El-Rufai didn’t reform and create agencies to improve the state’s IGR and attract private investments. Kaduna has consistently worked to reduce its capital expenditure to recurrent expenditure ratio since 2016, in 2020, the ratio was 73.7 %: 26.3%. This is unprecedented in Nigeria.

Also, unlike before, the majority of Kaduna citizens now have access to essential health services. 67.2% of residents now have access to vaccines, skilled attendants at births, antenatal care and more children are receiving immunizations in the state. To sustain these, 1,245 health workers were recruited with infrastructural support provided by the government through its agreement with General Electric to provide equipment to 255 primary healthcare centres and 23 general hospitals. 75 primary healthcare centres have also been constructed or upgraded so far.

Health alone without education cannot improve human capacity development indices. Thus, the focus for the administration has been holistic, prioritising education and infrastructure. Attendance rates in schools have doubled from 1.1 million to 2.1 million in two years, and the number of qualified teachers in Kaduna is fast improving following the 1,740 science teachers recruited after a report showed only 27% of teachers in the state were unqualified. Additionally, education in Kaduna is free until students complete their secondary school. 410 primary and secondary schools have also been successfully renovated, while 10 new primary schools have been built across all senatorial zones. Free uniforms and school feeding in primary schools has reached 1,453,104 children. The new policy to provide funds directly to schools’ accounts, instead of the usual way, is now widely perceived to have reduced corruption in the education sector.

The future is bright for Kaduna State, the state is planning to build at least two technical colleges in each of the 23 local government areas, the largest cattle ranch in Africa to be located in Birnin Gwari, Africa’s largest abattoir in Kafanchanand a 1,000 square kilometre solar farm in Makarfi that is targeted to create at least 20,000 job opportunities. CIMB, the Malaysian Islamic Bank is reported to be partnering with the state to build an intrastate railway project valued at $5bn over 5 years. And the state government has just signed a memorandum of understanding with the Solid Minerals Development Fund to develop its mining sector in exploration and formalization of its artisanal miners.

Of course, one article cannot cover all the notable interventions by El-Rufai & co but a key factor in leadership is the perception of beneficiaries, and the leadership style of the Governor is always a topic of huge debate. He is seen as uncompromising, ruthless and stubborn by his critics with many complaining of being left out of the process. However, when you realise that even the Kashim Ibrahim House has tasted demolition recently to make room for amenities that will benefit the public, you may be tempted to cut the administration some slack. I feel Nigeria needs strong leadership and at a period where confidence in public servants has eroded, leaders like El-Rufai that take unpopular but right decisions are exactly what we need.

As a businessman, I understand the need for conducive environments to invest, drive development and live peacefully. These rely heavily on the confidence we can draw from the direction of fiscal policies. I tell people who raise concerns about loans taken by the government to finance the rebuilding of Kaduna state to look at the impressive rise in IGR in just half a decade from 11.7 billion to N44.9 billion. I also point them to the fact that transparency and accountability have been redefined under this administration.

Also, this is the first time that development in Kaduna has been this evenly distributed. Southern and northern Kaduna equally share major developmental projects. The biggest market built so far is Kasuwa Magani, in Katuru Local Government Area in southern Kaduna. In every other part of the state, el-Rufai has concentrated on urbanising the metropolises.

This high-achieving mentality driving the administration has also made Kaduna a place where any Nigerian can work, stay and live. Compared to other states, Mallam Nasir is so far the only governor who believes anybody who wants can enjoy the state’s resources and contribute their quota. In the era of deep divisions across ethnic and religious lines nationwide, Kaduna is showing that equity in development can spur economic and socio-cultural advancement.

Nobody is deceived into thinking that Kaduna has suddenly transformed into a Nigerian utopia but by all accounts, and definitions, it is actually on its way there thanks to the stewardship of this current administration. 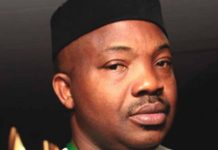 Yinka Odumakin: The Storm Is Over! By A,biodun KOMOLAFE 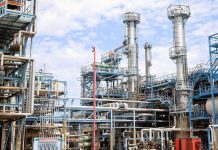 Refineries Rehabilitation: What Do The Critics Really Want? 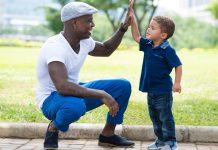