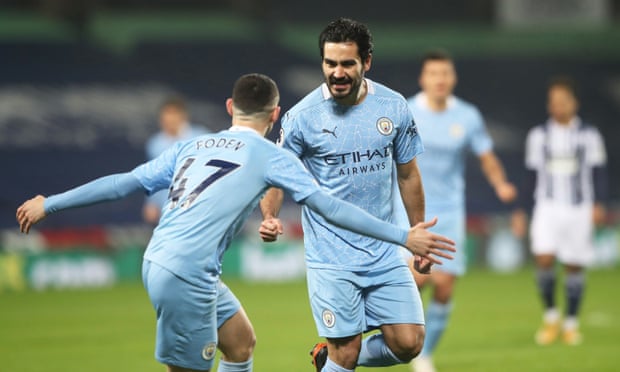 Manchester City became the ninth team to top the Premier League this season but they look set to stay significantly involved in the title race. The numbers behind this victory are staggering but barely do justice to how superior Pep Guardiola’s team were to a humbled West Brom. With Kevin De Bruyne out for the next month, Ilkay Gündogan continued his hot streak by scoring twice as Guardiola indulged in his dream of winning with a team of midfielders to make it 11 successive wins in all competitions for the first time since the autumn of 2017.

It seems hard to conceive now that West Brom managed to draw 1-1 at the Etihad Stadium last month, especially as that was the game in which they traded Slaven Bilic for Sam Allardyce as manager. The Baggies have now conceded 29 goals in their 10 home games in the Premier League this season and look set for a speedy return to the Championship. Never mind the assistant referee Sian Massey-Ellis raising a misguided flag for City’s second goal, the home team appeared to be waving a white flag as they were four down by half-time.

If the welter of pre-match data suggested a mismatch, then West Brom could soon have been forgiven for asking for their opponents to retire such was the new Premier League leaders’ superiority.

The loss of Kevin De Bruyne to a hamstring injury last week just as he was hitting his straps could have been cast as a glimmer of vulnerability in a lesser team but Ilkay Gündogan is finding the form of his life. His two first-half goals took his recent league tally to seven in eight games as City continue to adapt to life without a regular centre forward by just asking the midfielders to score instead.

Allardyce may have been hailed as a genius for his ability to keep teams in the top flight by Guardiola but by half-time he looked certain to become the first Premier League manager since Chris Ramsey at QPR in 2015 to lose his first four home games.

City had looked rattled inside two minutes as Ederson had to save from Semi Ajayi at close range as Darnell Furlong hurled in a succession of long throw-ins from the right. But normal service was resumed as Phil Foden cut inside with ease only for his shot to be tipped on to a post by Sam Johnstone.

The dam soon burst, however. João Cancelo played a neat ball into Gündogan inside the D and the German took a neat touch to his right before lofting a neat shot into the far corner. Johnstone, arguably Albion’s best player this season, was rooted to the spot.

In a tight match, Massey’s flag for the second goal might have been perceived as controversial. Only after Riyad Mahrez had received Cancelo’s pass out wide and started dribbling back did she signal for offside. When the pass came back for Cancelo to take control and shoot into the far top corner, left-footed, it was unclear whether the West Brom defence had stopped or not. At the moment, it is difficult to tell the difference. There was a VAR check and it transpired Mahrez had been played onside by Furlong and the goal was correctly given.

Callum Robinson went close with a shot that went just wide for West Brom before Gündogan made it 3-0. Allardyce could be heard shouting a warning to react to the second ball as Karlan Grant nodded the ball back towards Romaine Sawyers but Gündogan picked it off his opponent and shot home left-footed from 20 yards.

West Brom’s frustration was summed up when Robert Snodgrass fell to the ground, alone and presumably with a knock, just as the home team got on the ball. Jake Livermore stopped, took a moment, and then smashed the ball out for a throw-in so his new teammate could get treatment.

Mahrez scored the fourth goal in added time when he cut inside and swerved home with style after collecting Raheem Sterling’s crossfield pass.

West Brom signalled their bid for damage limitation at half-time by replacing their centre-forward Callum Robinson with a third centre-half in Kyle Bartley; City took off Foden and Gündogan. It did not make too much difference, however.

Rodri struck a sumptuous shot against the top of the crossbar as City remained so encamped deep in Albion territory their holding midfielder fancied his chances of a goal.

Then the same player sand-wedged a delightfully angled ball for Mahrez to run on to and, delicate as you like, half-volley a square pass for Sterling to tap in his ninth goal this season. Who needs strikers? 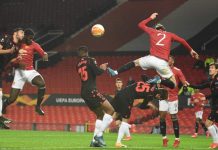 Manchester United Held By Real Sociedad But Coast Into Last 16 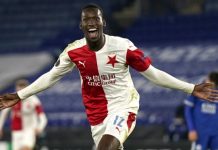 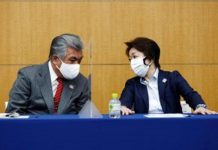