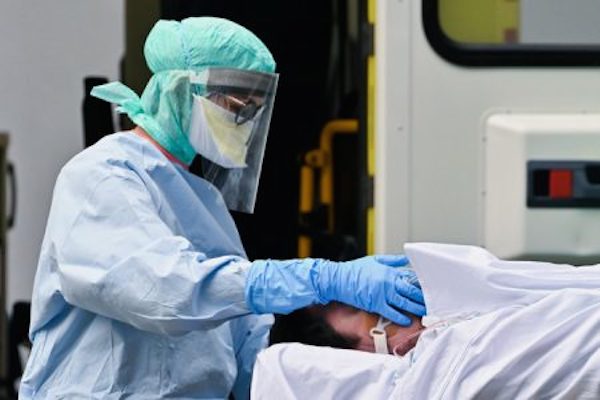 Towards the end of December 2019, when many people around the globe were upbeat about the prospect of a new year, something sinister was happening at a seafood and fish market in Wuhan, a city in the Hubei Province of China.

By Dec. 31, 2019, after some strange diagnoses of “a cluster of pneumonia cases” were identified, the Wuhan Municipal Health Commission, China, officially reported a novel Coronavirus.

A few days later, the World Health Organization (WHO) published its first Disease Outbreak News on the new virus. The organisation stated that it was closely monitoring the situation and was in close contact with national authorities in China.

Although how exactly the virus first infected humans remains a mystery, many epidemiologists believe that the virus likely originated in bats or pangolins.

Also, health experts in some parts of the world, especially in the U.S., accused China of a cover up.

They alleged that the country put global health at risk by not escalating the situation on time, even though China publicly shared the genetic sequence of COVID-19 on Jan 12, 2020.

However, the allegation couldn’t be termed baseless, because before COVID-19 was officially reported, Li Wenliang, a doctor, had shared the existence of a flu-like disease with his former medical schoolmates.

“A new coronavirus infection has been confirmed and its type is being identified. Inform all family and relatives to be on guard,” Li shared in a group chat.

He was chastised by local authorities and accused of making untrue comments and severely disturbing social order.

Wuhan’s health department also insisted that there was no evidence of spread of the strange disease between humans. Li eventually got infected and died of COVID-19.

On Jan. 13, 2020, the first case of the virus outside China was confirmed in Thailand and on March 11, WHO declared COVID-19 a global pandemic.

A pandemic is an epidemic occurring worldwide, or over a very wide area, crossing international boundaries and usually affecting a large number of people.

If China could be accused of complicity in the spread of the virus, its response post-outbreak could rarely be faulted, however.

COVID-19 was first discovered in China, but its status as the epicentre of the disease didn’t last for too long before it moved to Europe.

In March 2020, Italy became the first Western country to be hit by the virus. With a population more than 60 million people, Italy was overwhelmed and devastated by the virus, especially in its northern industrial region.

In spite of being 37th on global per capita rating for number of COVID-19 cases, the country was 4th in terms of mortality rates from the disease.

While countries such as the U.S., Brazil, the UK, France, Mexico and Russia were severely hit with COVID-19, some other countries were praised for being able to manage its spread and consequences, especially during the first wave.

Taiwan for instance, China’s neighbouring country of 23.78 million people, has so far reported 785 confirmed cases, out of which 653 recovered and seven deaths recorded.

Japan, New Zealand, Singapore, South Korea and Iceland ranked very high among countries where the virus was properly managed, according to a Best Global Responses to COVID-19 Pandemic report.

Of course, most affected by COVID-19 are global health response systems, which have been stretched to their limits. However, there is a direct correlation global economy and the outbreak of the pandemic.

For instance, global travels, hospitality and capital markets were the first sectors to respond sharply and negatively to Covid-19, as global economy continues to experience drastic disruptions.

At the peak of the first wave of the pandemic, many sectors had to shut down as governments all over the world grounded economic and social activities to curb the spread.

Much of the first quarter was spent by more than 70 per cent of global population in total or partial lockdown, as a result of which the global aviation industry had taken a 850 billion dollar hit.

In a recent report by the International Civil Aviation Organisation (ICAO) on the Economic Impacts of COVID-19 on Civil Aviation, the organisation put the global airline revenue loss due to the pandemic at 391 billion dollars; a sharp increase compared to the earlier projection of the IATA.

Global capital markets also nosedived and economists predicted a global economic recession greater than the one in 2008, with a slower recovery rate.

In June, the World Bank projected in its 2020 Global Economic Prospect that global Gross Domestic Product (GDP) would contract by 5.2 per cent and described it as the deepest global recession in decades.

“Over the longer horizon, the deep recessions triggered by the pandemic are expected to leave lasting scars through lower investment, an erosion of human capital through lost work and schooling, and fragmentation of global trade and supply linkages,” the bank said.

At some point in April 2020, the U.S. stock market did so poorly that it wiped out the entire 11.5 trillion-dollar value it gained since 2016. Such was the extent of the economic impact of the pandemic.

Similarly, in Nigeria, a fall in global oil prices continues to affect financial and economic activities.

Due to the pandemic, Nigeria’s 2020 national budget was benchmarked at 57 dollar per barrel of crude oil.

Although non-oil GDP growth had improved significantly in recent years, sharp fall in oil prices destabilises the Nigerian economy, which revenue from crude oil still accounts for more than 80 per cent of Nigeria’s total income.

The outbreak of COVID-19 pandemic also took a toll on sports activities all over the world.

For instance, many national and international events were either postponed or cancelled as part of precautionary measures against the spread of the disease.

For the first time in the history of the Olympics, the Tokyo 2020 Olympic Games were postponed.

The 2020 European football tournament was also postponed and the new normal is for local leagues and tournaments to be held in empty stadia.

In Nigeria, the 20th edition of the recently-resuscitated National Sports Festival, tagged Edo 2020, had to be rescheduled from March 2020 to January 2021.

However, 2020 may have left many with the feeling of despondency and seemed to have momentarily brought the world to a halt, it wasn’t all gloom and doom.

For one, there is a general acknowledgement that countries, societies and the world at large can only effectively tackle a common challenge through collective efforts.

There were also businesses and sectors which blossomed in 2020; tech industry, online retail, medical research and delivery sectors are some of the big gainers in the year.

Optimists, therefore, note that at the end of the dark tunnel which 2020 has been, there appears to be a bright light.

Also, health experts assert that it usually takes more than 10 years for a vaccine to be developed for a new infection, but within eight months of the outbreak of COVID-19 pandemic, highly effective vaccines have been developed for emergency use.

The UK was the first to approve the use of COVID-19 vaccine. Along with the UK, the U.S. and European Union have approved Pfizer-BioNTech and Moderna vaccines.

A dozen more vaccines are also either at final stages of testing or have been approved by other countries, including China and Russia which to raise hopes that the world has tamed the virus. 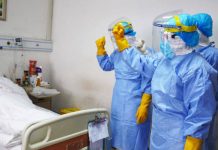 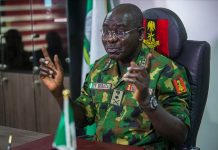 ANALYSIS: Examining High And Low Moments Of Military Operations In 2020