The Bridge News
Sunday, May 16, 2021
Sign in
Welcome! Log into your account
Forgot your password? Get help
Password recovery
Recover your password
A password will be e-mailed to you.
Home Business Recession: The Worse May Be Possibly Over — LCCI
Share on Facebook
Tweet on Twitter
The Lagos Chamber of Commerce and Industry (LCCI) says the nation’s economic contraction of 3.62 per cent of the third quarter against the 6.1 per cent of the second quarter of the year may indicate that the worst is over.
Reacting to the National Bureau of Statistics (NBS) quarterly report, its  Director-General, Dr Muda Yusuf, told newsmen that the news of recession was not surprising.
The News Agency of Nigeria (NAN) reports that the NBS in its report said the nation’s Gross Domestic Product recorded a negative growth of 3.62 per cent in the third quarter of 2020.
Yusuf said the EndSARS crisis might perpetuate the recession into the fourth quarter.
He added that the protests and the destruction that followed were major setbacks for the nation’s economic recovery prospects.
Yusuf, however, expressed hope that  the economy would resume to the path of growth in the first or second quarter of 2021, barring any new disruptions to the economy.
“From an economic perspective, 2020 has been a very bad year; the worst in recent history.
“We are faced with the double jeopardy of a stumbling economy and spiraling inflation.
“The October inflation numbers of 14.23 per cent was the highest in 10 months, a condition which in economic parlance is characterized as stagflation.
“The effects of these developments are evident in businesses and in households.
“Regrettably, and as if these were not bad enough, the business community continues to grapple with unfavourable policy, institutional and regulatory challenges impeding investment,” he said.
The DG, however, said to facilitate quick recovery, there was need to restore normalcy to the foreign exchange market by broadening the scope of market expression in the allocation mechanism.
“The ports system, especially the key institutions in the international trade processes need to be more investment friendly.
“We should show greater commitment to the fixing of the structural issues to reduce production and operating costs for investors in the economy,” he said.
Yusuf said that following the EndSARS experience, the state of internal security had begun to impact negatively on investors’ confidence.
He noted that security presence was becoming less visible, especially in the major cities, with psychological effects which, he said, could adversely affect investment and economic recovery.
“We appreciate the setback suffered by the police as a result of the recent protests and we empathize with them.
“But we need to give security confidence to citizens and investors.
“Incidents of kidnapping, banditry,  herders-farmer clashes have not abated and these also have grave implications for investments,” he said. (NAN) 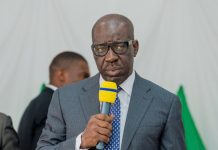 Edo To Attract Investment In Infrastructure Through Tax Credit Scheme 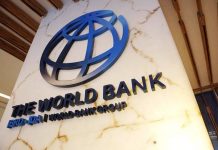 Remittance Inflows To Nigeria Declines By 28% In 2020 ― World Bank 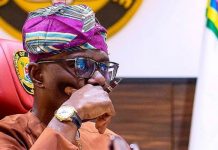