The Delta State police command has arrested a man, Ame Edjeket, 41, for caging his wife in a room for four years and subjecting her to dehumanising conditions.

The suspect allegedly impregnated her three times while she was in bondage at their home in the Orerokpe area of Delta State.

The husband, who has eight children with the victim, was said to have fed her with only bread throughout her time in bondage and she was not allowed to shower or use the restroom.

However, the bubble burst when some concerned citizens reported the matter to Behind Bars Defenders foundation which swiftly took up the matter.

The Director-General of the foundation, Harrison Gwamnishu, told The PUNCH that the suspect, who holds an OND, accused his wife of being behind his financial woes.

He subsequently locked her up and subjected her to dehumanising conditions.

The activist told our correspondent that it remained curious how the victim was able to give birth to three babies while in bondage.

Gwamnishu said, “We got tagged via Facebook and we responded. Behind Bars, the intelligence team from the Warri office first visited Orerokpe and verified the story.

“She spent the last four years of her life locked up by her supposed husband. She was peeing and defecating in the same room where he fed her bread. Not the regular sweetened bread though. She gave the said man eight children, three of which she had while she was locked up by him in Orerokpe community.

“The husband who is the primary suspect has been arrested and currently in police custody while she is in the hospital.”

Confirming the report to The PUNCH, the Police Public Relations Officer, Onome Onovwakpoyeya, said the suspect informed the police that his wife was mentally deranged and he had to keep her in such a condition because nobody was willing to help her.

The police spokesperson said, “The DPO said the man alleged that his wife had a mental problem and that she is a witch. He said he took her to her family but they rejected her. He said he equally took her to several herbalist homes but after some time, he had to take her back home.

“He said he was taking care of her with his little resources. The DPO said when the report came, he took her to the hospital and the man is with the police now but he cannot ascertain the amount of time she spent in that condition.” 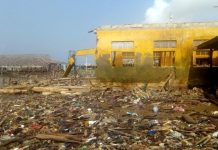 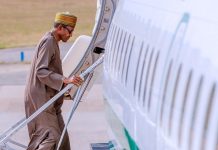 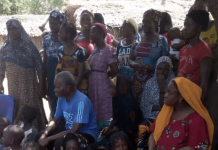